ALASKA came storming back from 20 points down to beat Terrafirma in a dramatic win, 102-97, on Saturday in the 2021 PBA Governors’ Cup at the Smart-Araneta Coliseum.

Jeron Teng led the Aces’ locals attack in the fourth, scoring a career-high 30 points that enabled the Aces to stay unbeaten in their swan song and since the announcement on Wednesday that it will leave the PBA after 35 seasons.

Abu Tratter, Allyn Bulanadi, and RK Ilagan also helped the Aces chip away the deficit as they improve to 5-2, winning their third straight game of the conference and climb to solo third place in the team standings behind Magnolia (5-0) and Meralco (4-1).

Terrafirma bowed to 2-5 win-loss after losing an 81-61 third-quarter lead.

Alaska coach Jeff Cariaso also lauded the play of the bench players who sparked the rally after being down, 83-66, at the end of the third.

“Being down 17 was really because our poor defense and us giving the confidence. I like to give credit to the guys that just came off the bench who normally don’t get a lot of minutes. Our bench really played well tonight,” said Cariaso.

But the night belonged to Teng, who scored 14 points in the fourth including the critical shots. The former La Salle standout had six straight points to grab a 99-94 lead with 1:06 left in the fourth. 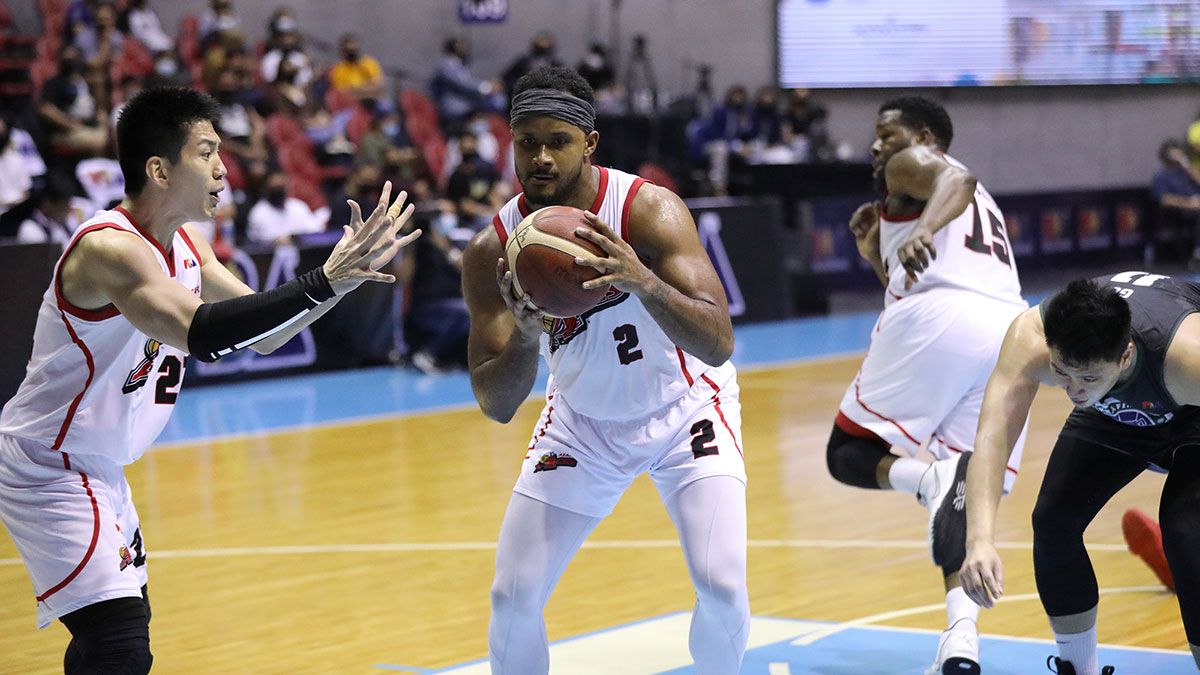 Tratter had 21 points and 10 rebounds, while Bulanadi played his best game in his second appearance with the Aces with 10 points, including three triples that kept them in the game.

Ilagan and even Alec Stockton also contributed with four points apiece to make up for the struggles offensively of import Olu Ashaolu, who had 11 points and 19 rebounds.

Antonio Hester had 24 points, 14 rebounds, and 11 assists, while Joshua Munzon had 21 points as their play led Terrafirma to a 35-24 third-quarter but the Dyip collapsed in the end.