ALASKA captured its second straight victory even after pulling off a trade a few days ago, beating NorthPort, 106-99, on Sunday in the PBA Governors’ Cup at the Smart-Araneta Coliseum.

Franko House, Vic Manuel, and Abu Tratter took turns in guiding the Aces to the victory even with the absence of Chris Banchero, who was traded over the weekend to Magnolia in exchange of Robbie Herndon and Rodney Brondial.

The trade, however, has not been approved by the PBA, and, technically, Banchero was still eligible to play for the Aces in the match.

The win put the Aces in solo ninth place with a 3-6 record, just a half game behind the Batang Pier for the eighth and last spot in the quarterfinals. NorthPort slumped to 3-5.

House had 23 points and 11 rebounds, while Manuel also had a double-double of 23 points and 10 rebounds for the Aces. Tratter added 17 points and nine rebounds in a huge win that put them in the thick of things in the playoff race. 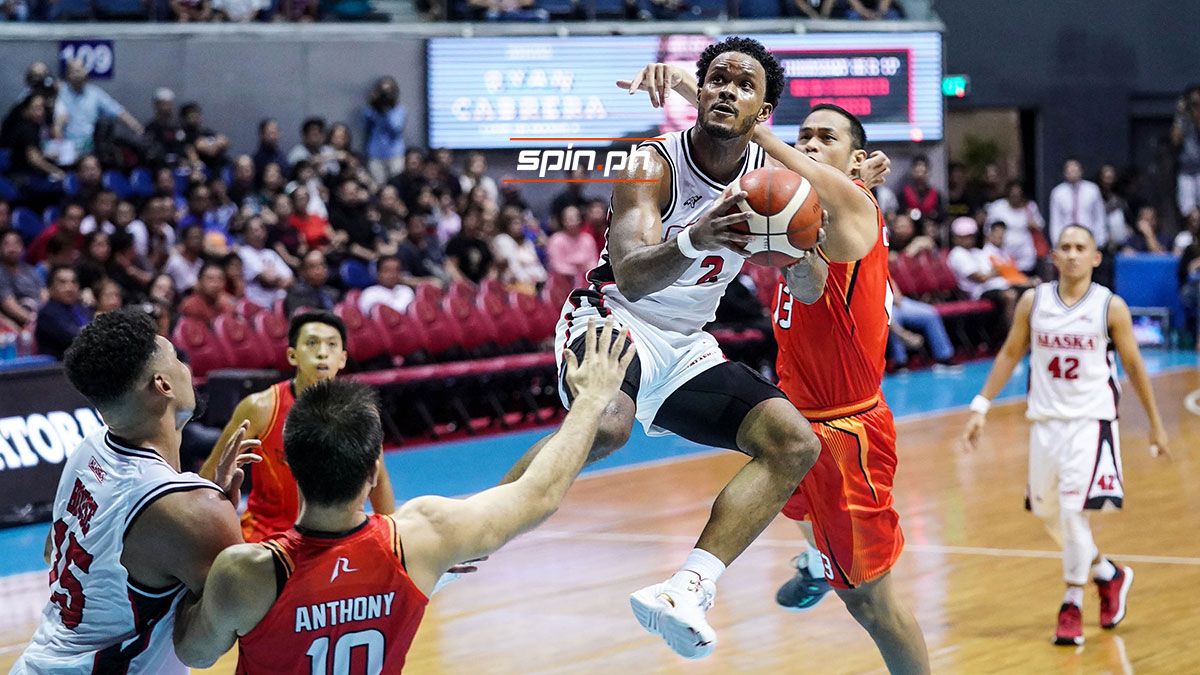 The Aces also spoiled the effort of Christian Standhardinger, who had a career-high 37 points in the game.

“I think, in all honesty, this is one of those games that we talked about all the time is being able to grind out a win,” said Alaska coach Jeff Cariaso.

Tratter and House conspired in a 15-6 start to open the third canto with a 68-54 lead, the biggest in the game. Alaska was able to protect the lead despite the rallies by Meralco, with Manuel sealing the win with two free throws with 17.7 seconds left for a 104-99 lead.

“Why this means a lot its because down the stretch, there’s always adjustments, down the stretch, there’s always one player that you have to be perfect on. I think what’s nice about how the guys performed tonight is even nung humahabol na ‘yung kalaban, they kept on fighting, they were executing, and getting good shots. That’s a testament of understanding better, how I’d like them to play and just the details. A lot better tonight,” said Cariaso.

Michael Qualls had 35 points for NorthPort, but had little support from other locals in NorthPort’s first game without Robert Bolick after sustaining an ACL injury.