JERON Teng and JVee Casio came up with timely plays for Alaska as the Aces finally grabbed their first victory in the bubble after an 87-81 win over Magnolia on Saturday in the PBA Philippine Cup at the Angeles University Foundation Sports Arena and Cultural Center powered by Smart 5G.

Teng opened the fourth quarter like a house on fire as he connected on three straight field goals to lift Alaska to a 68-64 advantage, the first time the Aces tasted the lead in the ballgame since a 3-0 start to the match. 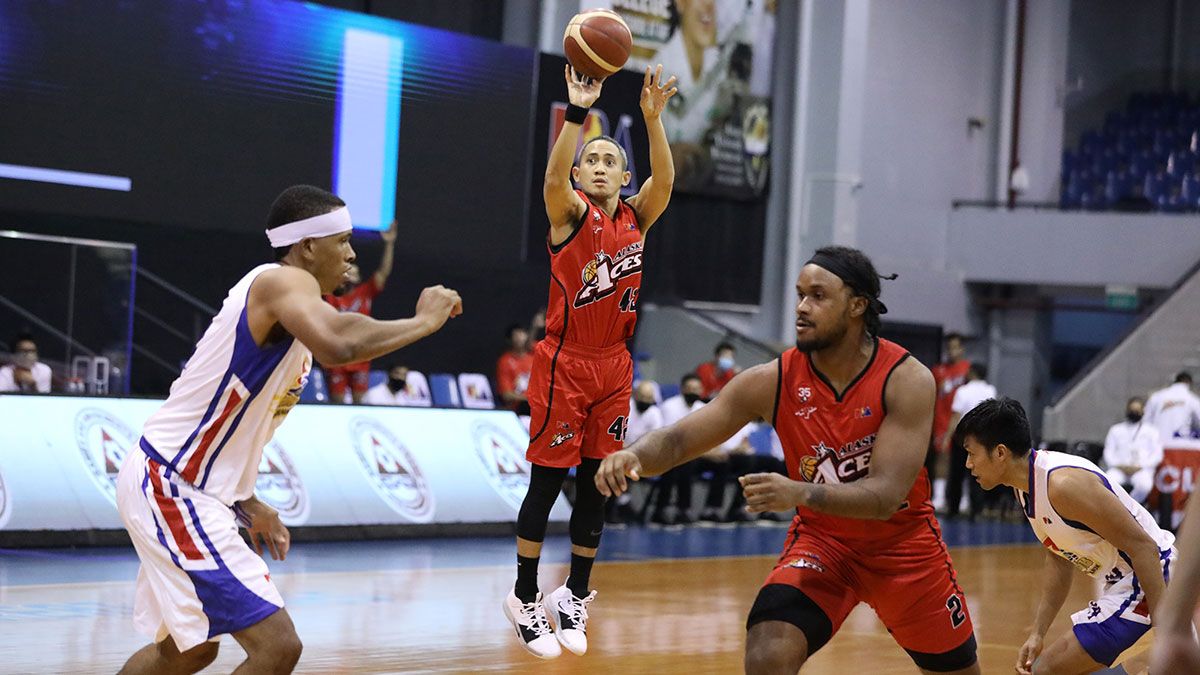 Casio also converted a huge triple, 79-75, with 2:36 left in the game, and pulled off an unlikely defensive gem, blocking a three-point attempt by Jackson Corpuz with Magnolia down by four, 85-81.

Teng sealed the victory with two free throws to settle the final score.

Alaska coach Jeff Cariaso was relieved to have finally captured a victory in the bubble especially after what he felt was a winnable game against TNT in the first game.

“I challenged the guys going into tonight’s game that we need to be better in what we do, and the guys showed it tonight. Defensively, they were a lot better than the first two games. We hope to improve as the conference goes on,” said Cariaso.

Mike DiGregorio also came up big for the Aces in the fourth period, converting a triple with 54.6 seconds left to take a manageable four-point lead before hitting two free throws with 25.3 ticks for an 85-81 lead.

DiGregorio finished with 10 points, and Abu Tratter added 10 points and nine rebounds for the Aces.

Magnolia suffered a loss on Saturday and failed to sustain the momentum of winning over NLEX last Wednesday after coming back from 22 points down.

Mark Barroca had 16 points, and Paul Lee tallied 14 points for the Hotshots, who fell to 1-2 after the defeat.