ALASKA owner Wilfred Steven Uytengsu said he is proud of what his team has accomplished over the last 34 years in the PBA - and prouder that the multi-titled franchise continues to 'win with honor.'

In his speech during the PBA Press Corps-Cignal Awards Night where he was honored with a Lifetime Achievement Award, Uytengsu said he is happy to have won 14 championships in an increasingly 'unlevel playing field' in the league.

“Of course, I’m proud of our 14 titles and our more than 30 finals appearances. But I’m prouder of how we’ve honored the game,” said the outspoken businessman-sportsman on Monday night at at Novotel Manila.

Uytengsu, the very first recipient of the Lifetime Achievement Award, said he takes pride in seeing his team 'win with integrity' despite practices by other teams which, he claimed, have led to an uneven playing field in the league.

“I can tell you that we always respected the league and honor the game by not participating in these tactics. I believe that we have a greater responsibility than just winning games and that is to set an example to the next generation how to do things the right way,” said Uytengsu. 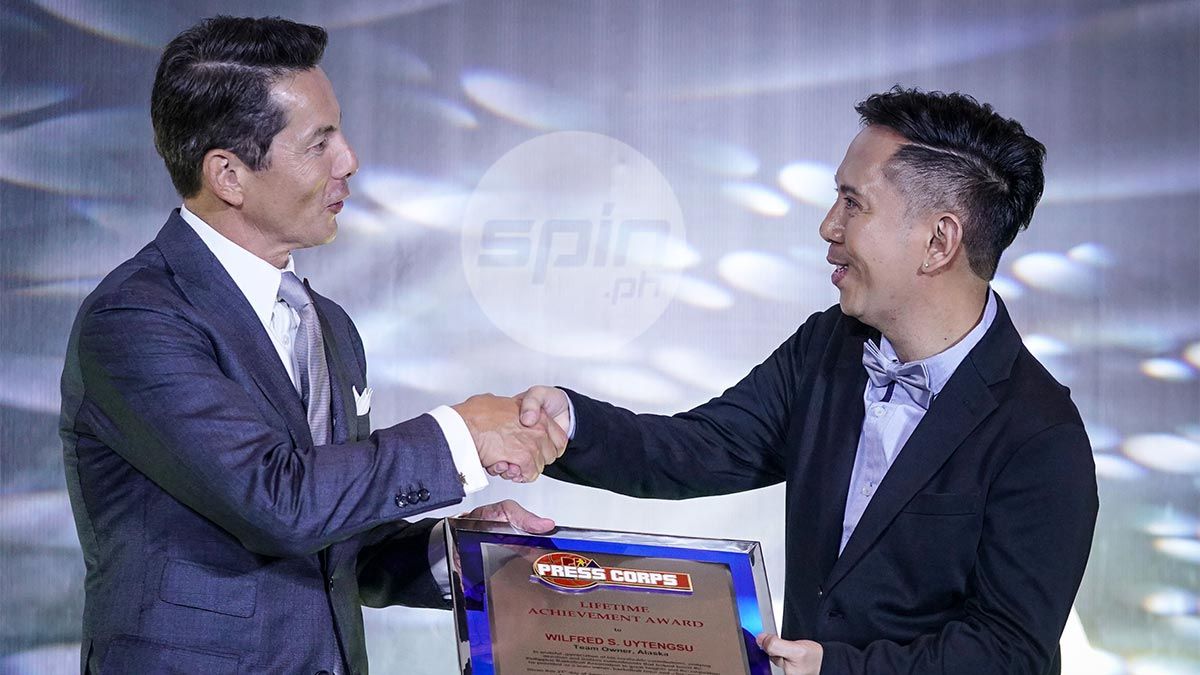 The former PBA chairman said it is unfortunate that other teams in the PBA have resorted to practices such as dubious trades and under-reported salary caps to strengthen their respective teams.

Such practices, he said, have led to the lack of parity in the league which he in turn blamed for the lackluster attendance during league games.

“Over the years, we and the PBA have been challenged with certain controversies that could and should have been mitigated, circumstances that led to an unlevel playing field. This started with the Fil-sham debacle," he said.

“In more recent years, we’ve seen dubious trades that create an even more unlevel playing field, creating further disparity in the league. This, coupled with under-reported salary caps, only separated the teams further and further apart."

The former national swimmer and now triathlete said fans are smart enough to see through such practices.

"Fans today are smart enough to see through this and one only has to scour though the internet and the sports blogs as well as online editions of our major dailies to read what they really think. And they vote to not necessarily come to our games lives or perhaps watch it on TV.

“Of course, I was very pleased that we won our first title [in 1991] but I also understood that winning at all cost was not the right way,” said Uytengsu.

Uytengsu, 58, said he is proud that Alaska has taken good care of its players both past and present - and he is also glad that his players and coaches have in turn embraced the “winning with integrity” mantra of the Aces.

“I’ve been blessed to have players and coaches that understand the Alaska way even if we both know there are sacrifices on their part because we don’t tolerate some of these underhanded tactics. I’m proud to know that these individuals will take these learnings to the next chapter of life, whether that is basketball or in different endeavor,” Uytengsu said.

Despite all these, Uytengsu made it clear that Alaska is still hungry to win more championships.

“Don’t get me wrong. I’m still looking for that 15th championship, and the 16th, and the 17th, and so on. But it will always be about winning with integrity,” said Uytengsu.