Is Alaska really the PBA's new never-say-die team? Let's go By The Numbers

“(Ginebra) doesn't own it and but the way (Alaska) is playing now as a unit and handle adversity, you can't help but admire their hearts and pushing the boundaries." - Facebook reader Chard Caro

ALASKA has won several games coming from behind this season that some fans have labelled the Aces the pro league's 'Comeback Kids.'

Not a few fans have gone a step further, claiming the Aces now hold the right to be called the PBA's new Never-Say-Die Team - a title bequeathed to Barangay Ginebra since the glory days of the Robert Jaworski era.

That claim is up for debate, but various hashtags have cropped up on Twitter like #NeverSayPanis, #NeverQuitSquad, #AlasukoAlaskaAces, #NewNeverSayDieTeam to back up the claim.

Now let's look at the numbers and see if the title is justified:

* There have been 24 comeback wins from deficits of at least 15 points in the PBA this season. From those, nine were pulled off by Alaska, including six in the playoffs.

* Those nine come-from-behind wins by Alaska - and the six in the playoffs - are both season-highs. No other team has more than three comeback wins from at least 15 points down this season - and no team other than Alaska has done it twice in the playoffs.

* Alaska's 97-91 win over Star in Game One of their best-of-five semifinal series on Wednesday - where they came roaring back from an 18-point deficit - was its second in a row in the PBA Governors Cup. Before that, the Aces eliminated Barangay Ginebra at the quarterfinal stage, 114-108, by overcoming as much as a 16-point deficit in the third quarter.

* Alaska's Game One win over Star was the team's biggest comeback since battling back from a 22-point deficit en route to a 101-95 win over Barako Bull in the Governors Cup eliminations last June 13.

* In terms of playoff games, the Game One win over Star was Alaska's biggest comeback since overcoming a 21-point deficit at the start of the fourth quarter in a 78-70 win over San Miguel Beer in Game Three of the Philippine Cup Finals last January 11.

* Alaska actually has three other wins from double-digit deficits of between 10 to 14 points this season, with two coming in the playoffs.

That's quite a compelling argument.

So is Alaska the new NSD team? You be the judge. 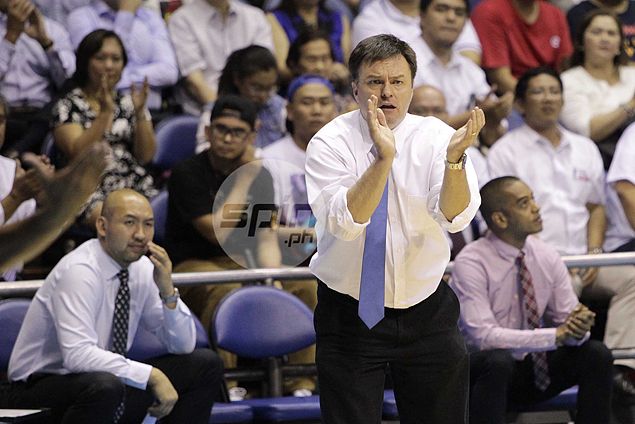