ALASKA got its act together just in time to pass its first test in the 2021 PBA Philippine Cup, defeating Blackwater, 103-77, on Friday afternoon at the Ynares Sports Arena in Pasig City.

Mike DiGregorio got into a scoring rhythm to lead the Aces’ breakaway in the third quarter, putting the finishing touches to an impressive performance that included a strong Alaska debut by free-agent signing Yousef Taha.

Blackwater suffered the lopsided defeat despite the first-half explosion of Bossing new guy Simon Enciso, whose 17 points built on five three-pointers kept the score tied 39-all at halftime.

DiGregorio scored 17 of his 20 points in the second half on a fiery 8-of-12 clip. He hit four three-pointers. 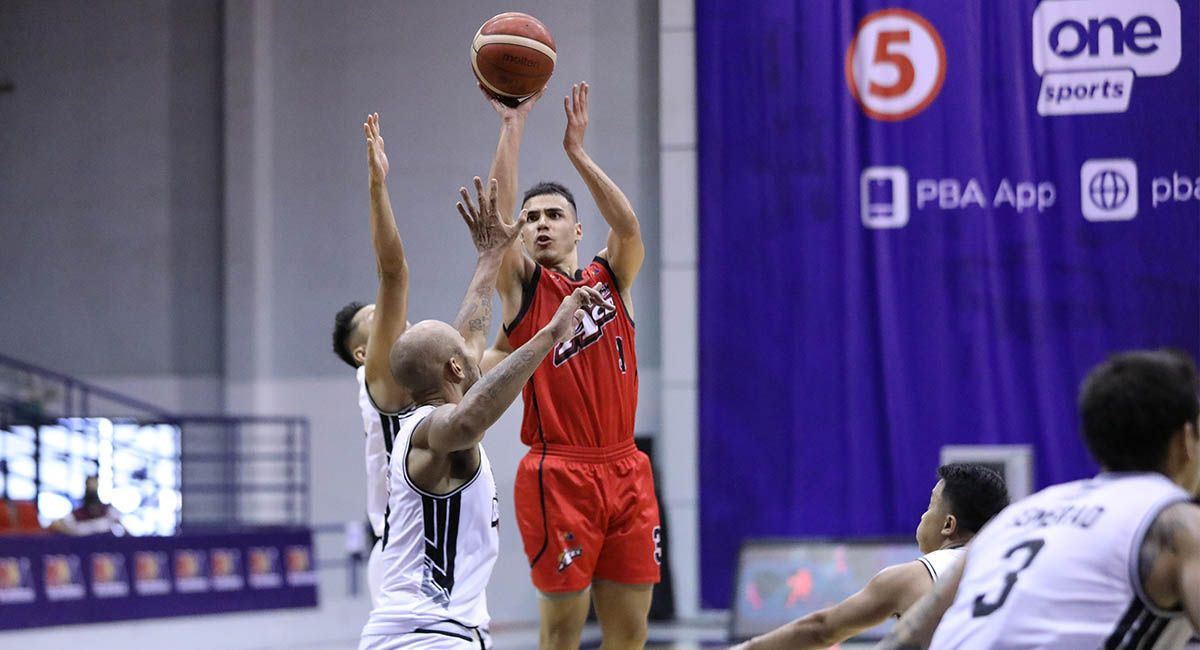 Opportunities opened up for the Aces from the outside after Taha and Abu Tratter asserted themselves inside.

Taha, who signed with the team just this offseason, finished with 16 points, seven rebounds, and three assists, while Tratter had 13 points, six rebounds, and two blocks.

Alaska coach Jeff Cariaso admitted he had sleepless nights before the season debut since the team didn't play a single tune-up game.

“To be honest, I couldn’t sleep last night because of the uncertainty of how we are going to look today,” said Cariaso. “It’s kinda hard to gauge your team and all the coaches feel this way where you don’t have the opportunity to play against anyone else except yourself.

"Minsan, nakakasawa to play each other. You don’t know how good or bad you are," he added. “My challenge to the guys is really just to share the ball on offense and to defend the best way we can.

"Luckily, Mike stepped up and a lot of the guys, they really followed the simple game plan that we have,” Cariaso added.

The Aces outscored the Bossing, 32-18, in the third quarter. DiGregorio scored seven points in a 15-2 run that broke the game wide open, 65-48 and hit a three-pointer to knock the momentum off Blackwater after the latter pulled within 70-76.

According to PBA statistics chief Fidel Mangonon, the win was the most lopsided season-opener since Mobiline beat Tanduay, 90-64, in Asi Taulava’s league debut in the 1999 All-Filipino Cup.

Enciso scored 23 points for Blackwater on 9-of-17 from the field, but he was held to four points in the second half. Mike Tolomia scored 15 points and Ed Daquioag had 12 markers for the Bossing.