Alapag on shock move from MVP Group to SMC: 'You never know'

IN this sport, you can never say never.

Jimmy Alapag is the latest testament to that in the PBA after the TNT KaTropa legend crossed enemy lines to serve as an assistant coach to Leo Austria at San Miguel.

"You never know what's gonna happen. You never know what lies in the future," he said with a chuckle as he wore SMB threads for the first time on Thursday after being under the MVP Group umbrella for majority of his playing and coaching career.

Taken by Mobiline with the 10th pick in the 2003 draft, Alapag won six PBA titles with the Talk N Text franchise, a number of which came at the expense of San Miguel as he became the league's most prolific three-point shooter.

It is no surprise, therefore, that his No. 3 remains the only jersey retired by TNT.

But times do change, and his role as coach of the San Miguel Alab Pilipinas team that ruled the Asean Basketball League (ABL) last season paved the way for the move to SMB, which was sealed over the holiday break.

Alapag's last ties with the MVP Group was back in 2017, when he served as consultant for Meralco before stepping down to take on the head-coaching job at Alab. 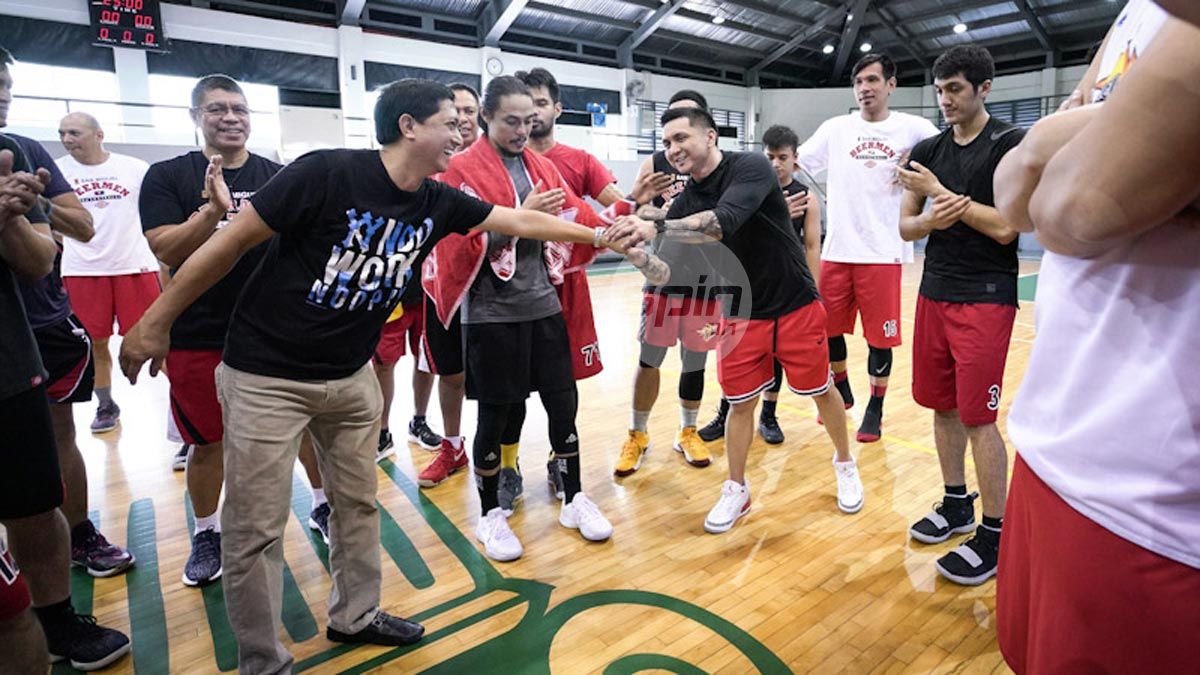 The former PBA MVP, who also declined a chance to coach La Salle in the UAAP, said he is all pumped up for the rare chance to work with a fabled team like the Beermen.

"I'm thankful for the opportunity. Like I told coach Leo [Austria], the staff, and the players, I'm just here to help. That's my main focus. Obviously, you guys know the history here, especially most recently on how dominant they've been, and I'm just here to help in whatever capacity they need me to," he said.

The latest stop in Alapag's coaching career will reunite him with four-time PBA MVP June Mar Fajardo, who was his junior in the Gilas Pilipinas squad which claimed the silver medal in the 2013 Fiba Asia Championship here in Manila.

"It's funny because seeing the growth of June Mar from 2013, that was just the start of what we all see now with June Mar being the most dominant player in the PBA," he said.

"It's great to see his growth and to now have the opportunity to really see it up close on a daily basis, I'm excited. He's obviously one of the greatest to ever play in our league. So to get an opportunity at this early stage of my coaching career, to get a chance to work with him along with the rest of the guys, I'm excited."

Alapag will also renew his partnership with Beermen newcomer Terrence Romeo, who he's had a chance to handle back when he acted as an assistant coach to Tab Baldwin at Gilas Pilipinas from 2015 to 2016.

He hopes the familiarity could only prove beneficial for the two of them as they hope to contribute to San Miguel's quest for a fifth Philippine Cup title.

"I think with Terrence, obviously that's another incredible weapon San Miguel has. It will be up to the guys, coach Leo, the staff, myself included, just to hopefully fast-track him getting used to being with these guys," he said.

"There's a lot of talent here on this team and it's just matter of these guys playing together and playing unselfishly and always keeping that goal of winning the championship in mind."