Aguilar dedicates Ginebra win to 'Little Japeth,' a young fan who was gone too soon

BIÑAN, Laguna - "Little Japeth" must be smiling in heaven after the real Japeth fared admirably despite playing hurt on Friday night.

Japeth Aguilar dedicated Barangay Ginebra's 96-82 victory over Blackwater on Friday night to a young diehard Ginebra fan who recently succumbed to an illness.

While happy over his team's latest win, Aguilar was sad over the passing of a certain Jusper, a 16-year-old fan who, as per accounts on social media, died of an illness, one of which was allegedly leptospirosis.

The Gin Kings star slotman posted a photo with his young fan and basketball aspirant on Instagram on Thursday to mourn his passing. 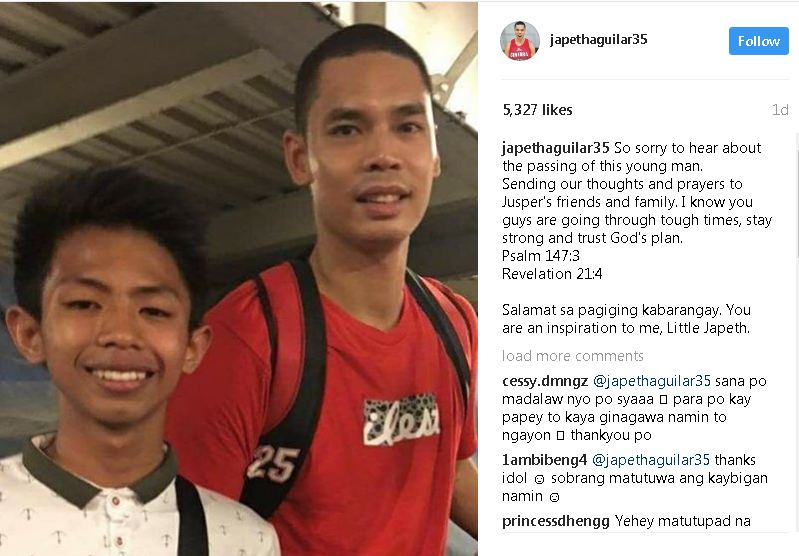 So the least Aguilar could do was offer his game on Friday night, tallying 15 points on 5-of-9 shooting, six boards, and two blocks in 24 minutes as a starter despite nursing a minor back injury he sustained in their last game against San Miguel.