FORMER Ateneo volleyball player Aerieal Patnongon wanted to surprise her boyfriend June Mar Fajardo with something special before Gilas Pilipinas starts its campaign in the upcoming Olympic Qualifying Tournament in Manila a week from now.

For her welcoming gift to her man-mountain, who just arrived with the national team from a three-week training camp in Europe, Aerieal contacted last week Rowel Panizares, a well-known name in the toy and hobby community to commission him for a project-custom dolls portarying "The Kraken" in a San Miguel Beermen uniform and Patnongon in her Ateneo varsity kit.

The affable Panizares, who has been creating customized figures for the past 10 years as a hobby, explained that it takes around two weeks to create one such piece from scratch, from sculpting, painting and making close to authentic packaging. Aerieal asked if he could do two figures in time for Fajardo’s return from Europe where the Philippine national men’s team played a series of tune-up games as part of its preparation for the July 5-10 qualifier.

Working with images from Google, the 42-year old art director dropped all other customizing projects (mostly from local and overseas collectors) and went to work to beat the deadline.

“Libangan lang,” said Panizares whose work covers an extensive subject matter that ranges from a variety of NBA players, superheroes and characters from pop culture. His most recent creation is President Rodrigo Duterte. A custom doll goes for around P4,000 each.

The selected format was the popular Funko Pop vinyl figures. To create the best possible likeness, Panizares resorted to emphasize “porma and style” from the small details on the uniforms down to placement of the kneepads, arm sleeves and hairstyle.

Panizares said the reveal was supposed to have been made at Fajardo’s residence in Pasig City but heavy traffic led him to a barber shop at the Shangri-La Mall in Mandaluyong City where Aerieal surprised her beau with the one-of-a-kind figures.

He said the two-time Philippine Basketball Association Most Valuable Player was not only surprised but was amazed with the unique gift.

As a token, the happy couple autographed a framed drawing of the figures which Panizares used in designing. He said June Mar requested for a larger sketch that he would display in his home alongside the custom dolls.

A fine arts graduate from the Eulogio “Amang” Rodriguez Institute of Science and Technology (EARIST) school in Sta. Mesa, Manila, Panizares said he never considered that his hobby would allow him to meet celebrities. 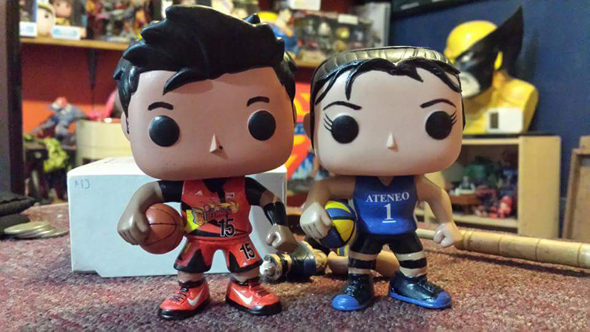 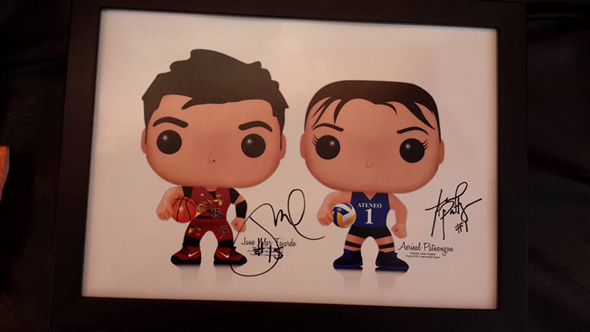