TEEN sensation Daniel Padilla on Wednesday explained his decision to beg off from the AMA Computer University team that will see action in the coming PBA D-League Aspirants Cup, saying he doesn't feel that he deserve the spot.

The teen heartthrob also cleared his mother network ABS-CBN and his handlers from blame, saying they had nothing to do with his decision not to play for the Titans, who picked him during the 15th round of the recent D-League rookie draft.

But he did admit that playing in the PBA was his boyhood dream, although he was also the first to say that training and improving his basketball skills is next to impossible at this time owing to his hectic schedule.

While he regrets that declining the D-League chance made his PBA dream even dimmer, Padilla said he doesn’t mind since he felt he was included in the team not so much for his basketball stills but more for his popularity as an actor.

At the same time, Padilla said he’s very much willing to talk to AMA officials about the situation since the teen sensation is both an endorser and student of the university. 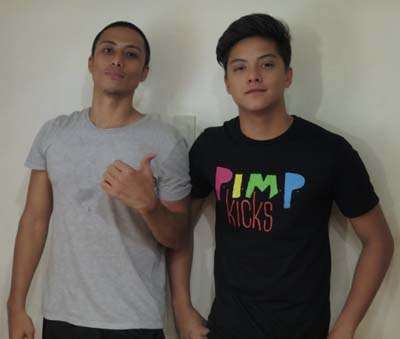 The young actor from the famous Padilla clan in showbiz insisted he will continue to play basketball, but only for recreation.

Meanwhile, Blackwater guard Paul Artadi, whose Pimp Kicks shoe shop has Padilla as one of its models, claimed the young actor is indeed, good enough to play in the D-League if he pours his heart into it.

Asked if the screen partner of charming Kathryn Bernardo can get far if he takes up basketball seriously, Artadi answered in the affirmative.

Here's a podcast of the full interview with Padilla: