WHAT exactly would you expect in an English class with guys like Calvin Abueva and Vic Manuel in attendance, or from a group of Fil-foreign players such as Chris Banchero and Tony dela Cruz taking up Tagalog lessons?

But the truth of the matter is, the English and Tagalog classes are just one of the noble undertakings the Alaska organization has embarked on in a bid to improve the players’ communication skills and develop their self confidence.

The classes began prior to the start of the PBA Commissioner’s Cup on a thrice-a-week basis before the team practices at the Hoops Center in Mandaluyong. It has since been reduced to twice-a-week sessions when the mid-season conference got underway.

“As I told them, after basketball we need to work and somehow this could help them develop their personalities,” Alaska coach Alex Compton, the brains behind the project, shared to SPIN.ph. 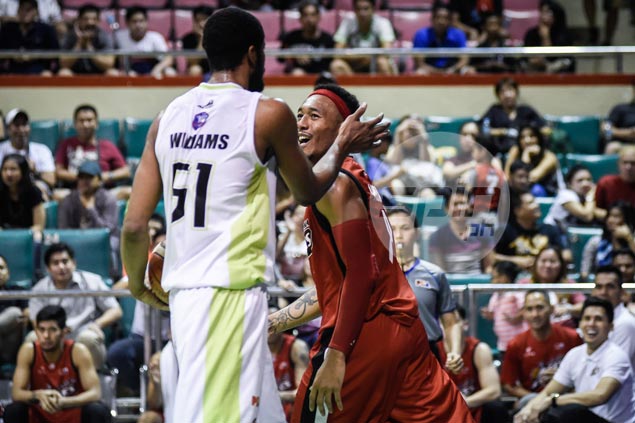 Watch Now
Only veterans Dondon Hontiveros and Sonny Thoss are exempted from the classes as both already have a firm grasp of the two widely-spoken languages in the country.

As per Compton, both Hontiveros and Thoss are already ‘trilingual’ (Filipino, English, and Cebuano).

Compton pushed for the project based on his own experience. The Alaska coach was born in the Philippines to American parents and has a firm grasp of the local language. His mom also happens to be a linguist.

“I’ve seen the effect of it personally based on my own experience, on how much it helped me as a person,” said the 43-year-old Compton of his ability to speak Tagalog fluently.

The Alaska coach said the lessons are optional, but was surprised upon seeing almost the entire team volunteer to become part of it.

From the looks of it, everyone is obviously having fun.

“I could always hear laughter inside the locker room,” disclosed a smiling Compton, who personally attended some of the early sessions held under the guidance of linguist experts from the University of the Philippines.

Abueva, arguably the most celebrated Alaska player today, could attest to that.

Banchero was quick to give us a sample of what he has learned so far attending Filipino classes.

Like ‘The Beast,’ the good-looking 28-year-old Fil-Italian is enjoying every minute of the classes, which he said are educational.

“But not good enough yet to speak Tagalog ngayon,” he added.

Little by little, Banchero’s learning the language, believing it would benefit not only the Fil-foreign players within the team, but the locals as well.

He ended the conversation by saying, ‘Sige, pare.’ 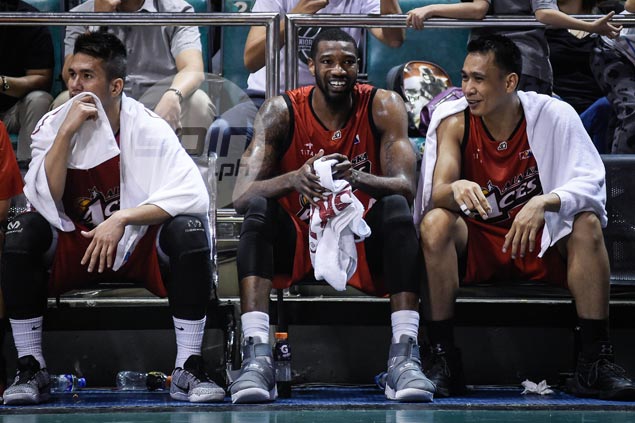 Compton is elated to see Dela Cruz, the most veteran among the Aces at 38, embracing the concept, noting in all of the years he’s been here in the country, it's only now that he’s learning to speak Filipino.

“You see Tony Dela Cruz, 38, and perhaps in the final season of his career, trying to learn and speak in Tagalog,” a proud Compton said. “So who said you can’t teach old dogs new tricks?”

No doubt, Alaska is already reaping the gains especially in this import-laden conference, where the team is off to a good start.

Years from now, Compton, who speaks English, Filipino, and Ilocano, knows the players will realize down the road how the program – irrelevant as it may seem to others – had enriched their lives.

“I didn’t realize the positive impact (it had) to my life until years later. It enriches my daily life,” the Alaska coach said before bidding us goodbye.