Keeping Abueva from going back to old ways 'a 24/7 job,' admits Phoenix

PHOENIX Super LPG team manager Paolo Bugia said it was a difficult decision to part ways with Calvin Abueva, who was traded by the ballclub to Magnolia.

But at the end of the day, he admitted Abueva’s enigmatic ways weighed in Phoenix’s decision to let go of one of the most popular and effective players in the league.

Bugia said the Fuel Masters were intent on buildng a long-term relationship with Abueva despite his troubled past, which included an 18-month suspension for his clothesline hit on TNT import Terrence Jones and a spat with Bobby Ray Parks’ girlfriend.

Proof of that commitment to Abueva was the three-year max deal that he was made to sign after his successful return in the bubble that saw him win a Mythical Five award and a nomination for a Sportsmanship Award. 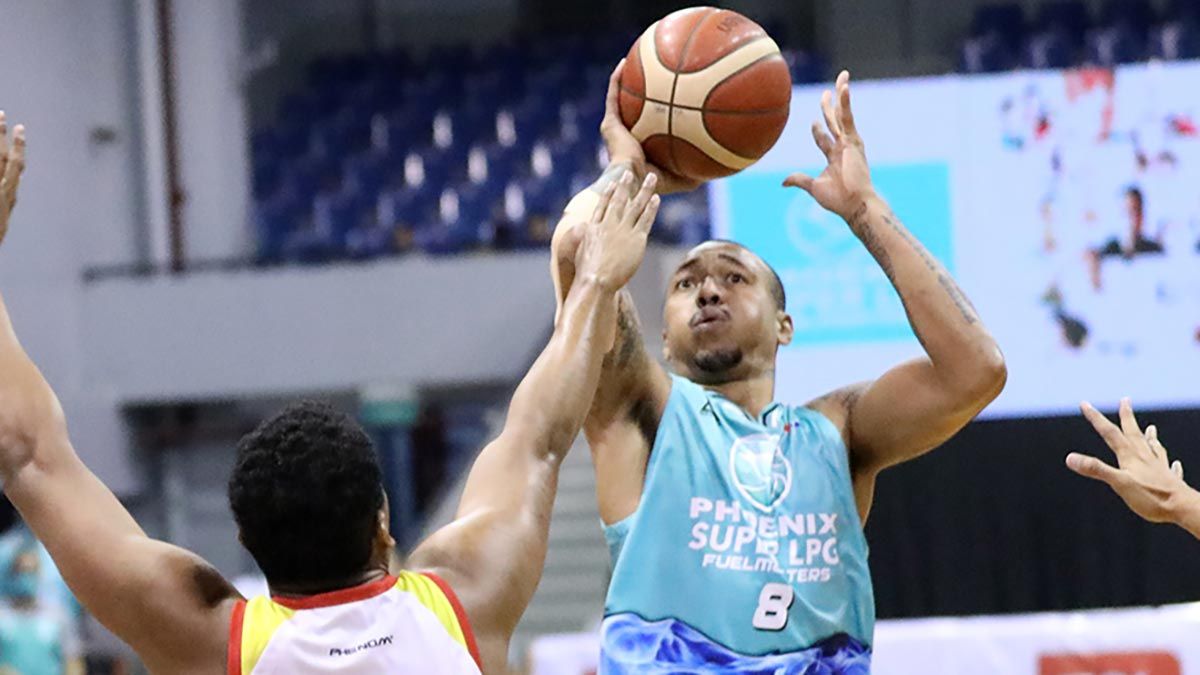 That all changed when Magnolia offered a trade for Abueva that will have Phoenix obtaining a point guard that the ballclub needed in Chris Banchero plus a higher pick in his year’s draft.

“With that offer, we felt like we got a superstar in his own right in Chris Banchero, something that we needed because we didn’t really have a pure point guard to take the pressure off Matt (Wright),” said Bugia in an interview with The Chasedown on Cignal.

“On top of that, we got a lottery pick, a sixth pick in some would say the most talented draft. If there was a time that made our decision easier, nagkataon na it was this year that we made the decision to move on and finally, we could focus on basketball [with] less baggage so to speak.”

The trade ended Abueva’s stay with Phoenix that was somewhat of a roller coaster since the Fuel Masters acquired him in a trade with Alaska in 2018.

Bugia admitted that, because of his reputation, the ballclub put in a lot of effort in helping Abueva to reform his ways – during and after the suspension, and even in this current offseason prior to the trade.

“Through thick and thin, we stood by him,” Bugia said. “It was our focus to get him back on track and get him reinstated. And it was a very, very long process. It came to a point in the bubble where we finally got him on track, he was reinstated, and we are very happy with what he did and what he was able to accomplish.

"He won an award, he was part of a team that brought us to the Final Four and na-nominate pa siya sa Sportsmanship Award. We were very proud of him.

“Amid all the lights and everything that was going on in the bubble, behind the scenes, and obscure to the fans, there was a lot of time and effort talaga, continuous to keep Calvin on track, time and effort from coaches, management, and even his teammates and the players.

"That’s within the team lang na it was a continuous effort, 24/7, to make sure that he was focused, hindi siya bumalik sa dark places. And even well after the conference, after the bubble conference and into the offseason, continuous ‘yung time and effort, resources that we put into Calvin,” he added.

During the current offseason, Bugia said Phoenix also wondered if all the effort put on Abueva is worth it heading into the coming years. Eventually, the franchise felt so and Abueva was signed to a long-term deal.

"For a time, I think it was last month, we felt like we are ready to commit and we were ready to build a long-term relationship with him and we signed him to a long-term contract,” Bugia added. “But then, nandoon pa rin ‘yung time and effort, 24/7. 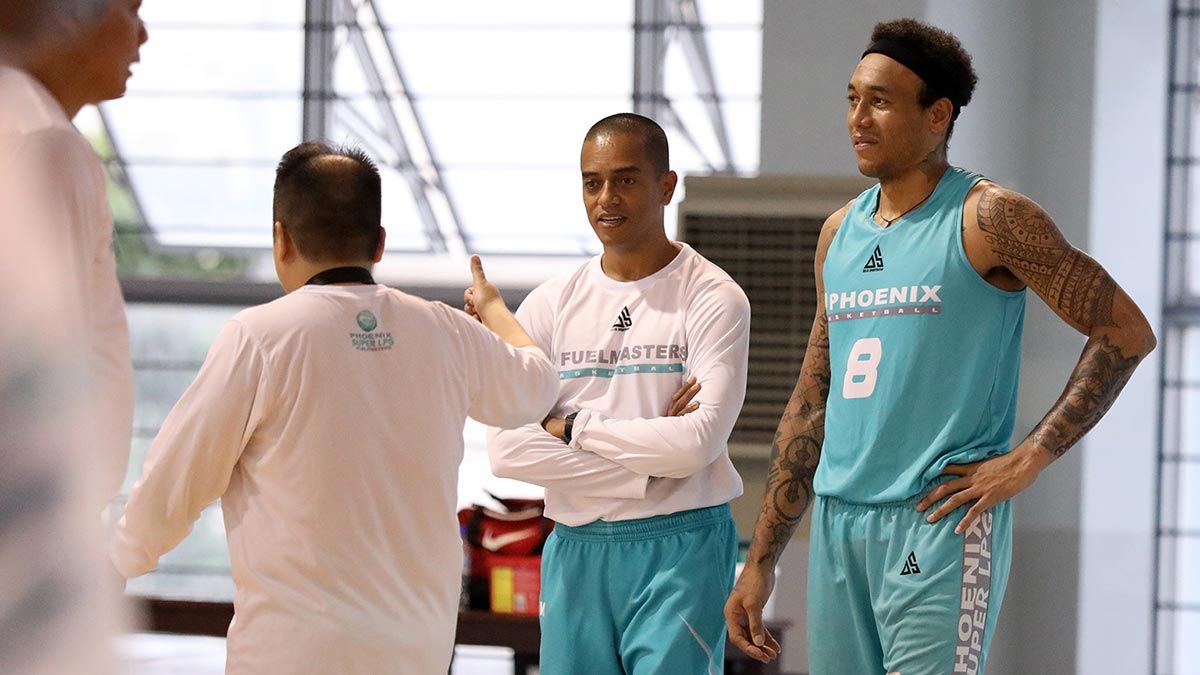 "It’s no secret that Calvin is a very good basketball player but it’s not just basketball with him. There are a lot of things and everybody knows that. It’s all over social media, it’s all over the news, and all that. We embraced that for a long time until the offer of Magnolia fell in our lap,” he said.

Bugia confirmed that the trade was clinched so fast that he and head coach Topex Robinson arranged a meeting with Abueva on Wednesday, 8 a.m. – an hour before the trade was to be made public – so that they can tell it to Abueva personally .

But unfortunately, the face-to-face meeting never happened since the player cannot be reached.

“We were supposed to speak and inform Calvin the morning of the trade. We knew that the news would come out at 9 ‘o clock because that was the time given to us by the trade committee.

"Coach Topex and I scheduled an early meeting to meet with Calvin at 8. He didn’t know of course at that time [the trade]. We wanted him to be face-to-face with us. We chose a spot outdoors at an outdoor café para may protocols pa rin. We want to explain to him especially coach Topex, him being his mentor for a long time, to explain to him what will happen and why the decision was made.”

“Unfortunately, he did not show up in the meeting. His phone was off at 8:30, 8 ‘o clock. We went to his manager Mr. Danny Espiritu to no avail, could not contact him. Regrettably, he said hindi daw siya nagising so he woke up with text messages on his phone. That was very unfortunate. If we knew where he was, we would have driven there kaya lang nabalitaan namin na nasa Pampanga siya."

"But we had every intent to do the right thing and to meet him face-to-face. He deserves that especially with coach Topex there to tell him personally the process of that decision and where he was going and he was in good hands,” said Bugia.

Even with the trade, Bugia wishes Abueva all the best in his career with Magnolia, which increased its chances of winning a championship in the PBA with the star player around.

“As a consolation, we know that Calvin is going to a good team and we wish him the best of luck. Everybody loves the popular team of Magnolia. We know that he is in good hands with that franchise,” said Bugia.