In hindsight, Aaron Black feels playing for dad 'was meant to be'

DRAFT day was one of the most anxious moments in the life of Aaron Black, the Outstanding Rookie of the 2020 PBA bubble.

Black said December 8, 2019 was a day he won't ever forget. That was the date of PBA Rookie Draft - a day full of emotions as he moved closer to achieving his dream of becoming a professional basketball player.

The son of multi-titled coach Norman Black admitted there was also a feeling of uncertainty because he wasn’t able to suit up in the pre-draft Combine after he broke his hand days before the draft day.

Despite the situation, Black said he was informed by persons close to him that he will mostly likely be picked in the first round. He eventually landed in the second round at No. 18 overall when he was picked by Meralco.

“Honestly, one of the most nerve-wracking things I’ve ever been through was the draft particularly because I was told I’m going to go in the first round," the former Ateneo Blue Eagles guard said.

“Once the first round went by, I really wasn’t sure what was going to happen. I was definitely nervous the whole time but at the same time, when Meralco picked me, it was a sigh of relief that I was able to be drafted by the team,” he added.

Black said he went to the draft with his father, but he never expected that he will be drafted by the Bolts since dad wasn't talking.

“We rode together. Because I was told that I was going in the first round, if you do drop to me because you weren’t able to play in the combine, maybe I will draft you but he never really gave me a definite thing about it. But he said, I could use you on the team,” said the young Black.

Black did land in the Bolts’ lap when it was their turn to finally select in the draft where they didn’t have a first-round pick, which was traded to Rain or Shine as part of the Raymond Almazan deal.

“It was a sigh of relief and excitement as well but I knew that this will not be the end of it. Coming into that, I knew that there will be a lot of people talking if I do belong in the league and things like that. It was really a start of now, I need to work even harder,” he added. 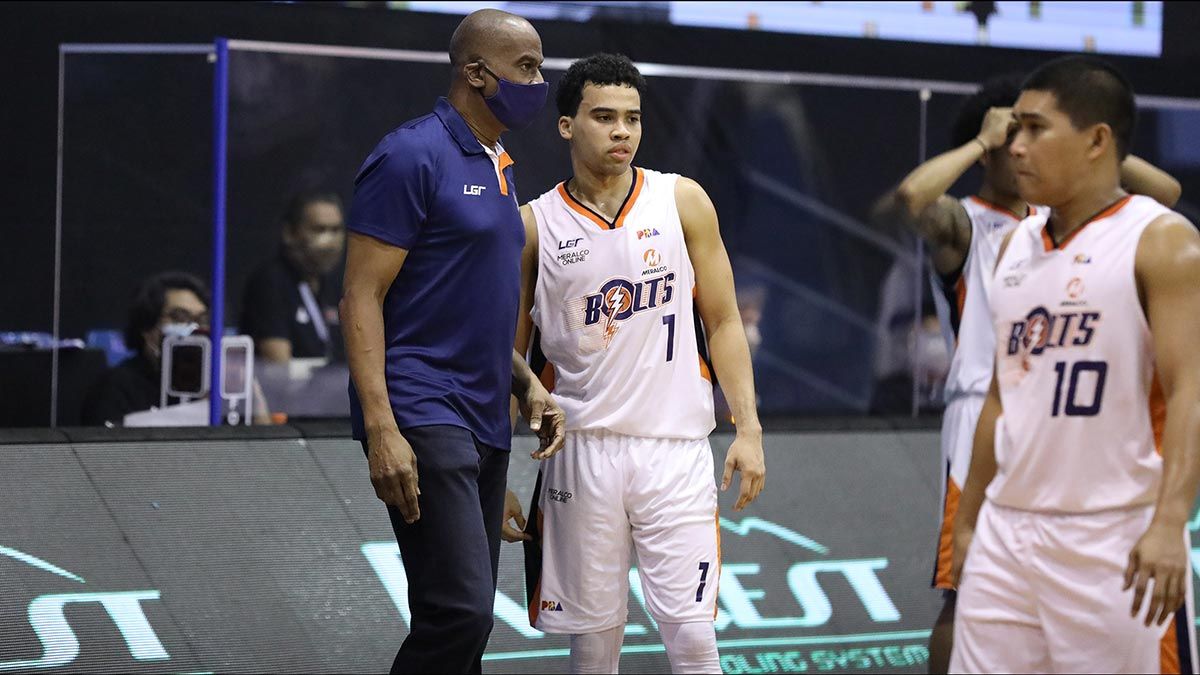 Black proved to be a valuable piece in Meralco’s rotation as the Bolts achieved their best finish in the Philippine Cup in franchise history. His reward came in the form of the best rookie award of the bubble.

In hindsight, Black said the injury was perhaps a blessing in disguise.

“Looking back now, I guess it was,” said Black. “We were never really told that I will end up playing for my dad and their pick was all the way at No. 18. And everybody who was talking to me was saying that I wouldn’t go that low.

“I guess now, thankfully, I broke my hand,” said Black with a smile. “I was able to be put in the right spot. It was really meant for me to play for my dad. Definitely, it became a blessing in disguise.”