A tune-up game that served as wake-up call for Magnolia ahead of clash vs. TNT

A TUNE-UP game rarely serves as a wake-up call for a PBA team, but for Magnolia, it was, at least heading into the resumption of their Governors’ Cup campaign on Friday against TNT.

Due to the postponement of games for over a month, all teams including Magnolia went on recalibrate mode in the middle of the Governors’ Cup campaign. However, the Hotshots suffered a defeat against Rain or Shine in a tune-up game in the lead-up to the conference resumption.

Import Mike Harris said the defeat was what the Hotshots needed.

“We had a very nice, I guess you could say, ‘preseason.’ We had a scrimmage against Rain or Shine and they just beat the hell out of us. They destroyed us from every angle. Physical play, they really took advantage of us.”

“It was a wake-up call. That was exactly what we needed,” said Harris.

Harris said Magnolia re-focused following that defeat before it takes on, of all teams, TNT, the squad they lost to in last conference’s championship series in the Philippine Cup.

“After that, the next three days of practice getting ready for TNT, we were locked in, guys were focused, we were aggressive, we focused on our defense. And that’s our staple. That’s what we talk about.”

Harris took command on Friday, finishing with 41 points and 18 rebounds in Magnolia’s 96-93 win over TNT. The veteran import had 14 points in the first with the Hotshots grabbing an early 25-6 lead over the Tropang GIGA. 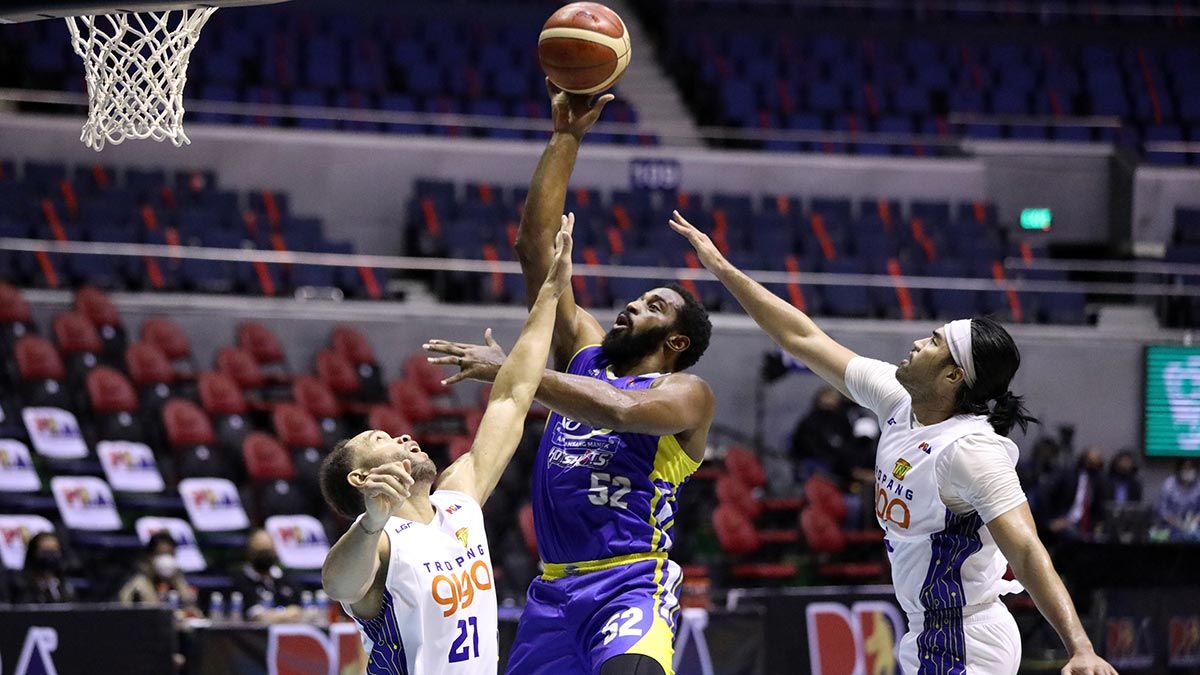 Mike Harris and the Hotshots make adjustments after a tough loss to Rain or Shine in practice.

“Our defense and trying to limit our turnovers. Our strong defense kinda got our offense fired up,” said Harris.

Magnolia coach Chito Victolero also had some words to say after that Rain or Shine loss, and he is happy that the players took it to heart.

“We had a tune-up game against Rain or Shine. They beat us badly. Again, it’s a wake-up call for us that we need to work hard again. We need to give our best effort again every game. I know we have the talent but sabi ko sa kanila, talent without effort is nothing. We need to combine that talent and effort in order for us to win games or to compete with the other teams,” said Victolero.

Victolero admitted there is also added motivation facing TNT in their first match since the Philippine Cup finals, but noted that they have to earn it if they wanted to win the game.