CHALLENGING was the season to an already trying year for the Terrafirma Dyip, who couldn't translate its name change amidst the COVID-19 pandemic into success on the court during the bubble season. While there was a glimpse of individual accomplishments inside the bubble, team success was very few for the Dyip in 2020. Here’s a lookback at last season for Terrafirma.

From Columbian to Terrafirma

While the league waited for developments for the resumption of the 2020 season, Columbian made a change in ownership as the league last June approved the transfer from Columbian Autocar Corporation to its sister company Terrafirma Realty Development Corporation. In a virtual press conference after the announcement, team governor Bobby Rosales said the streamlining of operations was the reason for the move. The team decided to stay with the Dyip monicker even with the transfer of ownership.

Struggles in the bubble

Despite the name change, the Dyip had a dismal performance in the PBA bubble, tallying a 1-10 record in one of the worst campaigns of the franchise in their young history. Terrafirma slumped to an 0-7 start, with its lone victory coming at the expense of Blackwater, 110-101. The Dyip capped the bubble campaign with three straight defeats including one against Meralco thanks to a buzzer-beater by Chris Newsome and versus Barangay Ginebra that gave the Gin Kings the top seed in the elimination round. 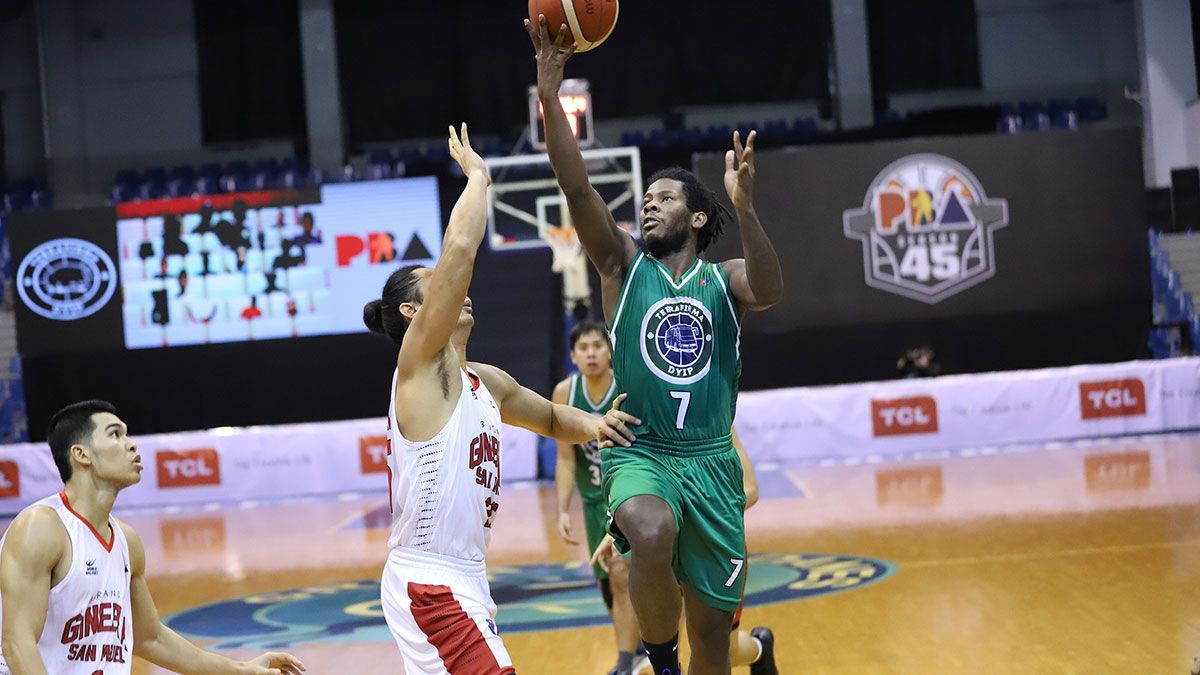 There is a silver lining for Terrafirma’s campaign in the bubble with CJ Perez making himself a candidate for the Best Player of the Conference in the Philippine Cup. Fresh off his Rookie of the Year award, Perez is in position for another major individual award after placing third in the statistical race standings behind TNT’s Bobby Ray Parks and Phoenix’s Calvin Abueva. Perez is also in contention for the Special Team plum in lieu of the Mythical Five award.

Forgettable is perhaps the word that could describe Rashawn McCarthy’s campaign in the bubble. McCarthy was benched for two games due to what management described as a ‘disciplinary action,’ sitting out Terrafirma’s lone win in the bubble. McCarthy’s season ended for good in his reinstatement, suffering a nasal fracture in its game against Meralco.

Another number one pick

With the Dyip dropping to last place in the Philippine Cup, Terrafirma got the first pick for the draft next year for technically the fourth straight time if you would include 2017 in which Kia traded the pick to San Miguel that turned out to be Christian Standhardinger.

So far, the draft picks have not resulted to playoff appearances even as CJ Perez captured the Rookie of the Year honors in 2019. Isaac Go is currently on loan with Gilas while Roosevelt Adams played in the 2020 bubble, although his debut was not as eye-popping as that of Perez.

Will fortunes change for the Dyip in the 2021 draft? Time will tell.