JEREMIAH Gray is the frontrunner in the upcoming PBA Rookie Draft and a recent ACL injury won't change that.

The immense potential that the 25-year-old high-flyer possesses has kept him an intriguing option for PBA teams in the draft set April or May.

Gray has shown his worth in his brief stint for TNT Tropang Giga in the PBA 3x3 tournament although he hurt his knee after three legs of the halfcourt game.

Coaches and scouts have seen his capabilities in his runs with San Miguel Alab Pilipinas in the Asean Basketball League and with Mighty Sports in invitational events.

The only issue for Gray, however, will be the uncertainty on when the 6-foot-5 winger can recover as he is expected to be out for at least nine months to a full calendar year.

Gray is just one of the many Fil-foreigners expected to declare for the PBA Draft after the league eased its rules for Fil-foreign applicants.

Starting in the Season 47 draft class, players who have Filipino blood and have acquired Philippine passports are now going to be welcomed by Asia's pioneering pro league. 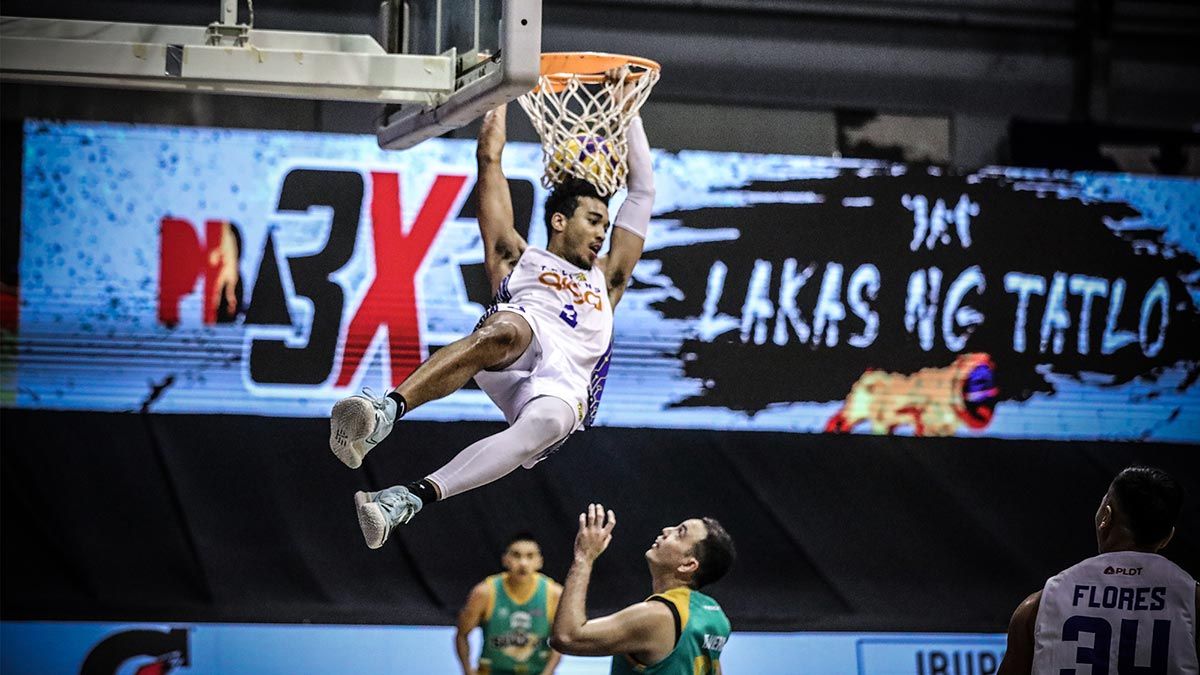 Jeremiah Gray is expected to be out nine months to a year.

Jason Brickman and Brandon Ganuelas-Rosser are also expected to submit their applications anew after being ruled ineligible last year.

Brickman, 30, is among the top point guard options in the coming batch. He currently plays for the Kaohsiung Aquas in the T1 League in Taiwan and has averaged 14.5 points, 7.8 assists, 5.5 rebounds, and 3.0 steals in 39.2 minutes of action.

Ganuelas-Rosser, 27, is a tireless 6-foot-7 forward who has cemented himself as a pivotal part for the Limitless Appmasters as they went on and ruled the Grand Finals of the maiden PBA 3x3 tournament.

Fil-Canadians James Canlas of San Beda and Tyler Tio of Ateneo are also expected to throw their names in the hat.

Canlas earned a Mythical Five nod for the Red Lions in NCAA Season 95, while Tio has been a dependable player at the guard spot for the Blue Eagles in UAAP Season 82.

But as much of the hype is expected to be placed on the Fil-foreign entries, the homegrown stars are also motivated to prove that they can hold a candle against their peers.

Big men Justine Baltazar and Justin Arana are among those talents eyed by coaches and scouts who are intent on beefing up their frontcourt.

The 6-foot-9 Baltazar, 24, has shown great maturity in his run with Gilas Pilipinas and has proven himself as a game-changer and a potential top selection.

Meanwhile, the 6-foot-6 Arana, 22, is coming off a solid run with the Pasig-Sta. Lucia Realtors in the MPBL.

The question for these two, however, on whether to stay in school - Baltazar at La Salle and Arana at Arellano; accept offers abroad; or to make the jump to the PBA.

Other forwards who can opt to test their luck in the pros include Letran's Jeo Ambohot and National University's Shaun Ildefonso.

Encho Serrano, Jollo Go, and Gian Mamuyac are also among those backcourt players who can make a splash in the coming draft.

Since leaving La Salle, Serrano continued to see his star rise in the amateur level. He led the Pampanga Delta to the NBL Chairman's Cup crown and was named Finals MVP, then helped the Basilan-Jumbo Plastic Medical Depot to the MPBL Invitational title.

Go saw action for Ginebra 3x3 in the first conference of the PBA 3x3 tournament.

Mamuyac is also one of the peskiest defenders in the collegiate ranks, with his stingy defense a big part of Ateneo's three-peat success in the UAAP.