That fantasy match-up was posed by a viewer to recently-retired Magnolia star Marc Pingris during Wednesday night’s episode of SPIN Zoom In, asking him which team he thinks will win in the event of a showdown.

Pingris answered the question in an almost apologetic manner, saying he believes the 2014-edition Mixers will beat the Gin Kings in any fantasy match-up simply because they were able to prove themselves under grinding pressure.

The rare grand slam was proof of that, he added. 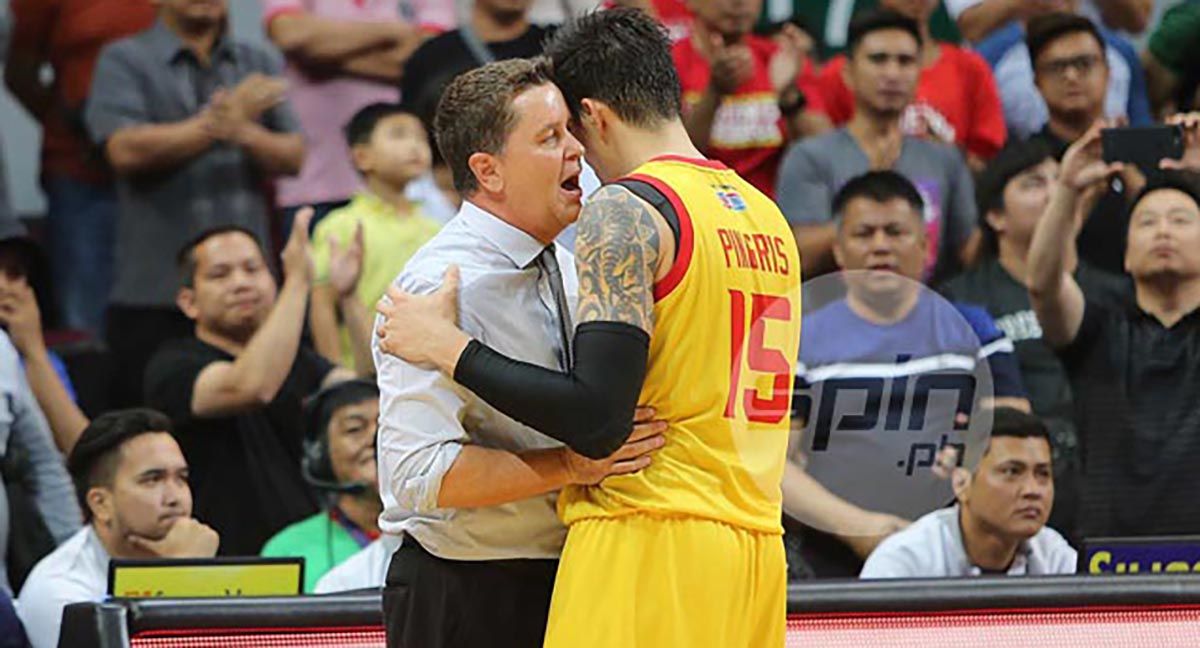 San Mig joined the league’s elite by sweeping all three conferences during the 2013-2014 season. Pingris, James Yap and PJ Simon completed the rare feat under Cone despite finishing no higher than fourth place in the elimination round.

But Pingris quickly made it clear the current crop of Gin Kings have what it takes to join the Mixers in that list of teams that won the rare grand slam alongside Crispa, San Miguel, and Alaska.

For one, Pingris said there is no question about the talent that Ginebra has, saying it is even deeper than that of the San Mig grand slam team.

Aside from the usual suspects in Stanley Pringle, Japeth Aguilar, LA Tenorio, and Scottie Thompson, Barangay Ginebra was able to acquire former Best Player of the Conference Christian Standhardinger in a trade with NorthPort, transforming the Gin Kings into an even stronger unit, at least on paper.

The Gin Kings have actually won back-to-back championships, capturing the 2019 Governors’ Cup crown in the last full conference before the COVID-19 pandemic came, and last year’s Philippine Cup title during the bubble in Clark.

Pingris said Ginebra also has Cone, the mastermind of the grand slams of Alaska in 1996 and San Mig Coffee in 2014, along with a deep line-up that can pose problems to the opposition at any given time during a game.

Pingris believes that when the PBA’s three-conference format returns, it will only be a matter of time before Ginebra captures that grand slam.