THE NCAA basketball season is upon us, and the UAAP will follow suit in September.

The country's two premier college leagues have primarily served as the launch pad for the careers of most of the PBA's top players, but that doesn't mean there is no hope for players who failed to make it either to the NCAA or UAAP.

Below are a plethora of players who have emerged from the fringes of the varsity circuit and had memorable careers after college.

[Note: Not on the list are players who started their careers in Cebu and in other provincial leagues] 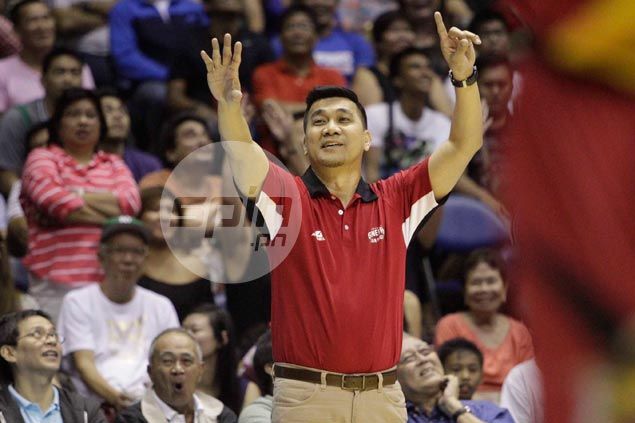 Ato Agustin starred for University of Assumption in Pampanga and later Lyceum way before the Pirates entered the NCAA. After a stellar collegiate run in the late 80s, Agustin was selected in the second round as the 11th overall pick by the San Miguel Beermen where he won a Grand Slam in his rookie season – and three years later, the PBA MVP award.

Agustin also made the Mythical First team from 1992-94, was named the Most Improved Player in 1991 and was named among the PBA’s 25 Greatest Players. He also had a short stint in the MBA where he won a title with his hometown Pampanga Dragons before returning to the PBA to play for Sta. Lucia and Red Bull. 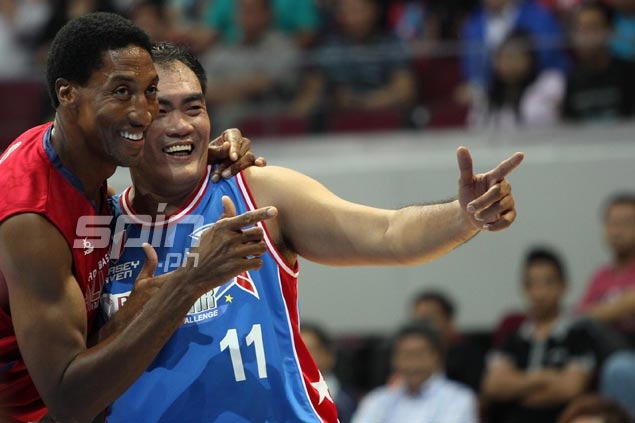 In his time, there weren’t a lot of people who can say that they can bang bodies and stand toe to toe with Nelson Asaytono. The man known as “The Bull” starred for the Ato Tolentino-mentored University of Manila squad also late in the 80s before being made the second pick overall by Purefoods.

Asaytono would play 17 seasons with four different teams in the pros, including Swift where he had his best years and won two PBA titles. He currently ranks fifth all time in scoring and was named into the Mythical team in 1992, 1993 and 1997.

Though he didn’t win an MVP award, a lot of people felt Asaytono was robbed of a chance to be included in the league’s 40 Greatest Players list, causing a massive outburst from fans and pundits alike. 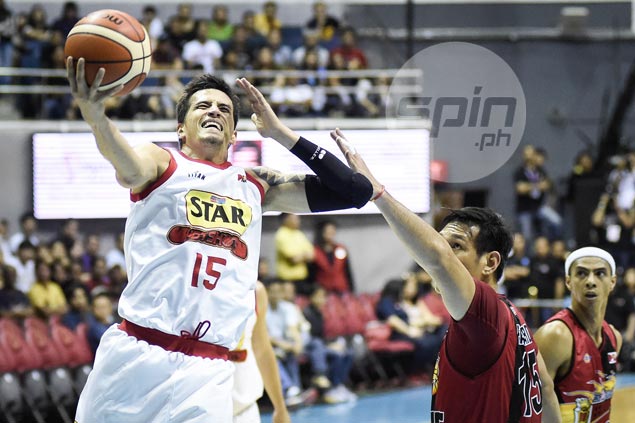 Before Marc Pingris became the face of national team’s ‘Puso’ battlecry, he was strutting his wares for the Philippine School of Business Administration.

The tireless forward would not only be the epitome of hard work and hustle for Gilas Pilipinas, he’s also the face of success in the PBA by winning nine titles in his illustrious professional basketball career, most of it coming with the Purefoods franchise.

This includes a historic grand slam in 2014, achieved together with James Yap and coach Tim Cone.

Pingris, who actually started his college career at Far Eastern University, was also a two-time silver medalist in the Fiba Asia while also being a part of the Gilas squad which made a historic return to the Fiba World Cup in 2014. 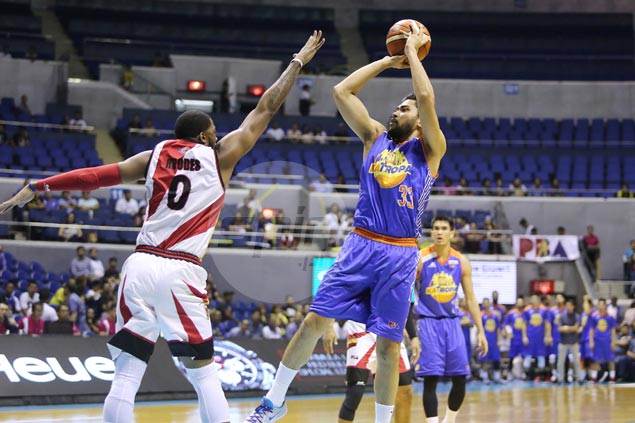 Before tormenting defenders in the PBA, Ranidel de Ocampo was lighting up opponents in the NCRAA for Saint Francis of Assisi College. After winning four MVP citations in the league, De Ocampo moved up to the PBA and was selected fourth overall by the now-defunct FedEx Express in 2004.

In 2009, de Ocampo was traded to Talk ‘N Text where he became an integral piece in one of the most dominant squads in their time. He already has six titles under his belt and was named to the Mythical First Team three times from 2012 to 2014. 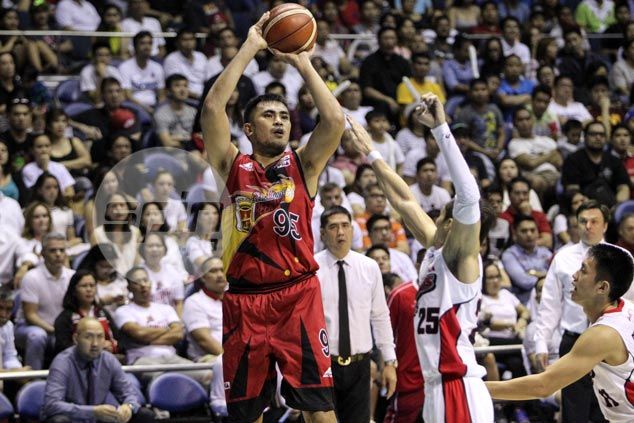 Ranidel isn’t the only de Ocampo who tortured opponents in the NCRAA for St. Francis of Assisi. In fact, it was his older brother Yancy who started it all.

Such was de Ocampo’s impact on the collegiate ranks that he was nabbed as the No. 1 pick overall in the 2002 PBA draft, chosen ahead of stars like Renren Ritualo (La Salle) and Chris Calaguio (Letran), two players who led their respective schools to championships in the UAAP and the NCAA.

Though de Ocampo’s resume may not be as glowing as that of his brother, the 6-9 slot man has a respectable PBA career where he’s already playing in his 15th season.

He has won nine titles so far, with his best year coming in 2006 with the Talk ‘N Text Phone Pals where he was named to the Mythical Second team. 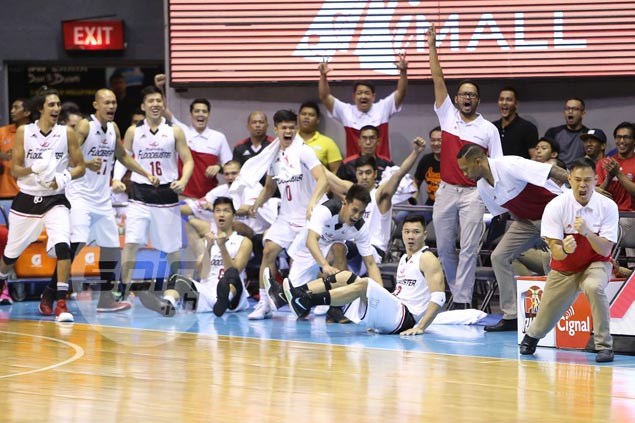 Like Agustin, Gary David also starred for the Lyceum Pirates way before their entry into the NCAA. The high-scoring off-guard from Dinalupihan, Bataan was selected in the first round of the 2004 PBA Draft by the Coca Cola Tigers. After five seasons with the Air 21 franchise, David returned to the franchise which drafted him and took everyone’s attention where he led the Powerade Tigers to the Finals.

To get there, David had to take out the top-seeded B-Meg Llamados, a series where he showed off his scoring prowess. The now free agent has several accolades in his resume – including a Best Player of the Conference award in 2012 and Mythical First team citations in 2007 and 2012, 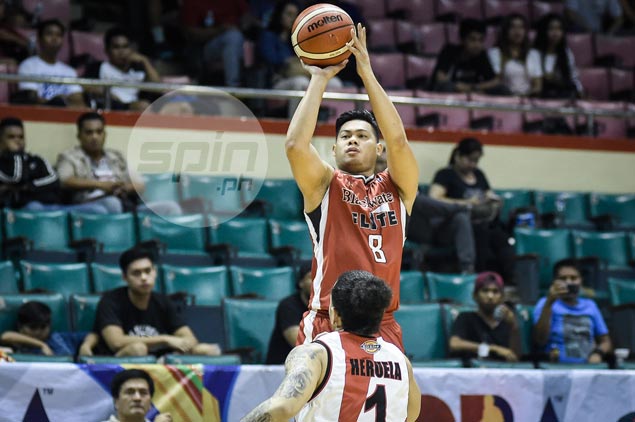 Another active guy on the list is former Emilio Aguinaldo College gunner Ronjay Buenafe. Like the case of David and Agustin in Lyceum, Buenafe starred for the Generals before they entered the NCAA – but that didn’t turn out to be a reason for teams to pass on him.

The high-scoring wingman was selected as the 11th overall pick in the 2007 PBA Draft where he was named in the All-Rookie First Team after quickly showing his knack for scoring. Since then, Buenafe has played for seven other PBA teams in dire need of his quick-fire scoring. 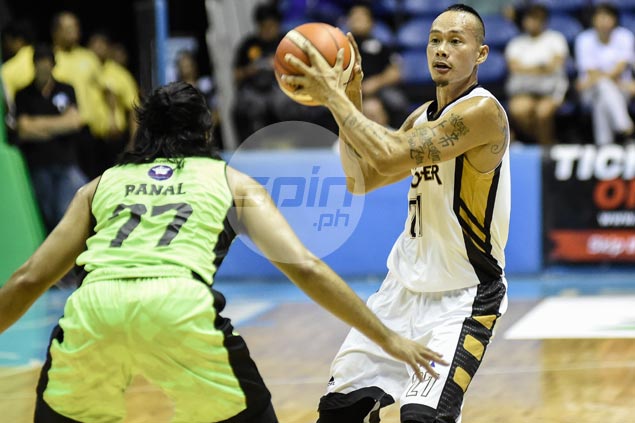 Guys like Mark Yee will always have a place in the league. The San Sebastian Cavite standout’s numbers may not be as an eye-popping as the players mentioned above him, but Yee has always found himself in the rotation of squads due to sheer hard work and defense.

Yee was signed by the Burger King Whoppers in 2008 after going undrafted. He was quick to make teams who passed up on him regret that decision as he averaged 8.8 points and four rebounds in his rookie year for the Whoppers.

Yee is now playing in his 10th season and with the way things are going – it won’t be a surprise to see him play in the league longer. 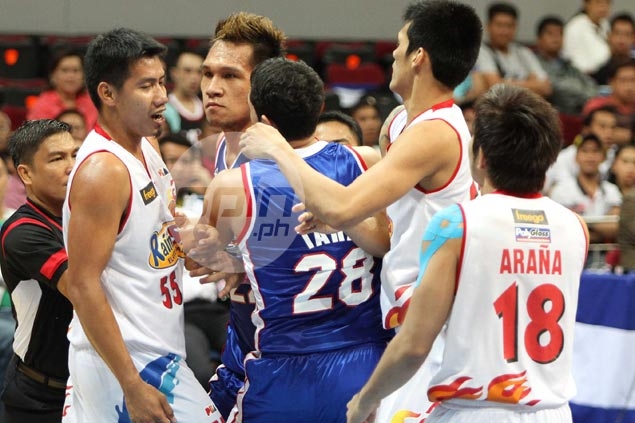 A product of Philippine Maritime Institute, Larry Rodriguez has made his presence felt in the PBA.

The lanky forward lasted nine years in the PBA before being waived by the Talk ‘N Text in 2016. He was drafted in 2008 by Barako but he enjoyed his best years with Rain or Shine, playing under coach Yeng Guiao.

He won his only PBA title in the 2012 Governor’s Cup, playing as a back-up forward in that line-up.

[You know more? Send us their names in the comments section below]