PBA batchmates Fajardo, Abueva teaming up for flag and country for a change

TWO top-notch PBA batchmates whose paths have always crossed in their first few years in the league could finally find themselves uniting for flag and country.

June Mar Fajardo and Calvin Abueva, the first and second picks overall in the 2012 PBA rookie draft, are poised to team up at a Gilas Pilipinas side that’s preparing for the Olympic Qualifying Tournament.

From the time they made the jump to the pros, Fajardo and Abueva have become the cornerstones of the San Miguel Beer and Alaska franchises, respectively, and have figured in countless individual and team battles.

Now, they are set to team up for a change.

Abueva edged Fajardo for the Rookie of the Year plum, but the latter started to enjoy a more successful sophomore year where he captured the MVP award. The batchmates renewed their rivalry in the team setting the next two years with Fajardo’s Beermen mastering Abueva’s Aces whenever they met in the finals.

With Gilas, Fajardo and Abueva have trained together only a few times since last November, with either player begging off a few times due to injury or personal matters. 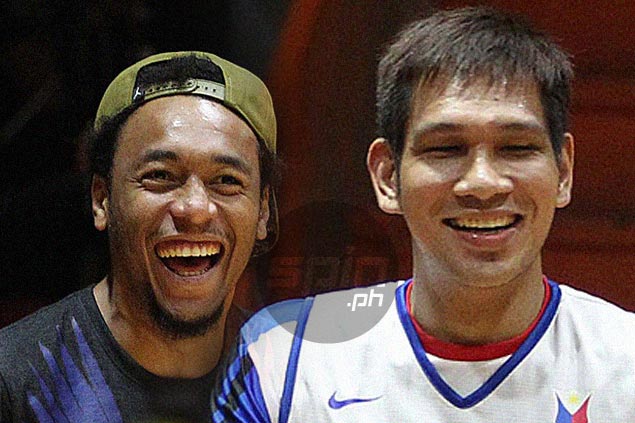 Now, they’re set to practice together for longer stretches.

“Ilang practice din nawala eh, masaya kami na nakabalik siya,” Fajardo said of Abeuva, who has been resting since the Aces’ latest finals heartbreak, at the hands of Rain or Shine this time.

Fajardo attested to the energy that Abueva brought to practice on Wednesday,