But more than the individual accolades, Aquino only wants nothing for Animam than to show her worth and fly the country's flag high and proud.

"As of now, I just want her to always play at her best and help the team win the championship," said the soft-spoken coach.

Animam has been impressive in her run with Shih Hsin University in Taiwan, helping the defending champions go unbeaten through their first three games in the University Basketball Association. 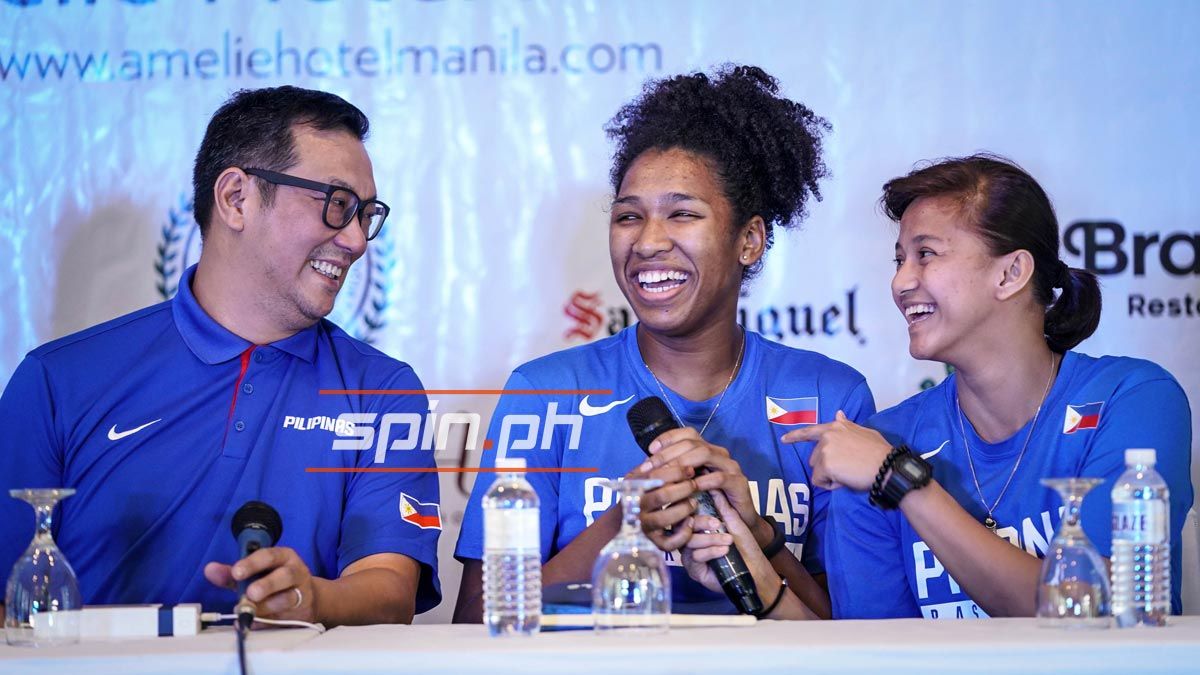 The 6-foot-2 center is averaging 16.7 points on 78.6-percent shooting from the field, 9.0 rebounds, 2.7 steals, and 2.0 blocks through three games for the Tigers - numbers which definitely match the hype around her arrival.

Performances such as these were something Aquino has gotten used to seeing in the national team and for the Lady Bulldogs, and he is happy to see Animam show that she can do it as well overseas.

"I like what she is doing there, putting big numbers and doing what the team needs from her, which are rebounds, points, and helping on defense," he said. "I like also how she played calm, and the experiences she gained over past few years is really coming to life for her."

The father figure that he is, Aquino has been in constant communication with Animam on the things that she can still improve on in the coming days.

Parcel of that is the Bulakenya's tendency to overdo things which more often than not, costs her to commit silly errors and early fouls as she currently averages 2.3 fouls and 2.3 turnovers in her 19.0 minutes on the floor.

"Then again, I know her coach there is aggressive and wants to show how they are the best, and it's the same with Jack. Sabi ko lang lagi sa kanya na just play your game and always have that communication with your coach and ask what he needs of you out there."