FIBA referee Ferdinand ‘Bong’ Pascual is a picture of calm, a stark contrast to the storm that has come to define his chosen profession.

Well, most referees are: stoic and straightforward. But underneath the unexpressive veneer are passionate men toiling in one of the most stressful, thankless jobs in the world, where the risks seemingly far outweigh the rewards.

The 45-year-old Pascual happens to be one of the most successful referees in the Philippines - a well-respected game official in international basketball who, in fact, is set to officiate games in the coming Rio de Janeiro Olympic Games.

Yet, he, too, is not immune to the struggles all game officials go through.

In his long career, Pascual has received his share of scathing remarks from fans especially here at home where the blame oftentimes fall on the so-called ‘men in striped shirt.’ Chants of ‘luto’ come to mind, but there are more cruel names that come to mind when unruly fans call them out.

Pascual is also aware how the advent of social media has intensified the scrutiny on referees, be it justified or not.

He takes his escape from the intense bashing in the PBA in stride, but Pascual admits he feels for his colleagues. While he vouches for his fellow officials who are only doing their jobs to the best of their abilities, Pascual knows they all can make mistakes, which naturally begets criticism.

But to be jeered even when you make the right calls? It’s something he struggled to accept early on.

But game officials, those who consider this a calling and stick with it, have learned not to expect fair treatment from the same people who call for fair officiating. That’s part of the job, he said, part of what he and the rest of his colleagues signed up for once they took up the whistle.

Unknown to many, though, the bashing is not the only part that makes Pascual’s job difficult. Pascual bared that referees also work hard to attain their competence in the sport by continuously reviewing the rules and staying in shape to keep up with the pace of the game.

In his case, Pascual follows a strict program laid down by Fiba and a stricter lifestyle to keep his body and mind in the best shape possible.

His hard work and dedication for such a long time has not gone unnoticed. 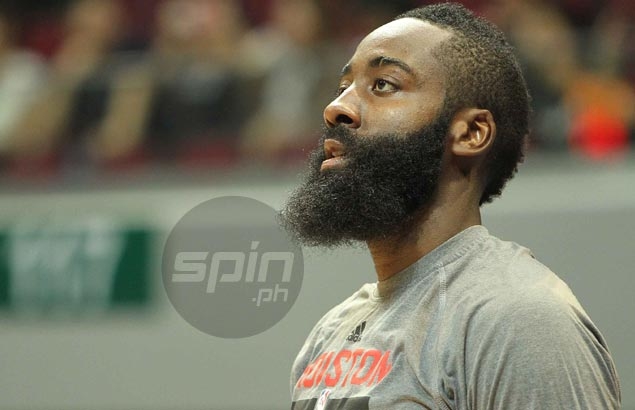 In 2014, Pascual was one of four Asian referees chosen to officiate a game in the Fiba World Cup in Spain, including matches a US side bannered by NBA superstars which eventually won the gold medal.

As if one game wasn’t reward enough, Pascual was fortunate to do more, being the only Asian to officiate in the knockout stages and getting the chance to witness the greatest players in the world go toe-to-toe from the best vantage point in the house.

Pascual even recalls an unforgettable moment he had with Houston Rockets star James Harden.

Pascual, however, was impressed with how the star-studded USA team was all-business during their run to the World Cup gold.

This year, Pascual gets the unique opportunity to share the basketball court again with the top ballers of the world in the grandest of stages no less, as he was chosen to officiate in the 2016 Rio Olympics basketball competitions.

And he’s aware such honor carries great responsibility, as he bared to Spin.ph a five-day camp for officials before plunging into action in Rio.

Pascual’s case is one of those special examples where the rewards come close to matching the risks being a referee brings — all because he had the fortitude to withstand the trials of his calling.

The referee said he owes his inner strength to his ever supportive family, while he offers his stint in the Olympics to the Filipino people, especially to all his fellow embattled referees.