SANS Juan Gomez de Liaño, the Nueva Ecija Rice Vanguards still proved to be up to the task as they went unbeaten in the group stages of Leg 2 of the 2020 Chooks-to-Go Pilipinas 3x3 President's Cup presented by TM Friday at Inspire Sports Academy in Calamba.

With the game tied at 20, Jai Reyes drilled the game-clinching floater with 4:09 to spare as the Rice Vanguards opened the day with a victory.

Reyes once again played the role of a hero, draining the game-winning floater with 1:04 left as Nueva Ecija nipped Sarangani Marlins, 21-16, to go up to 2-0.

Saranggani did score its breakthrough win in the tourney with a 21-13 drubbing of Palayan to barge into the final eight for the first time in the tour. 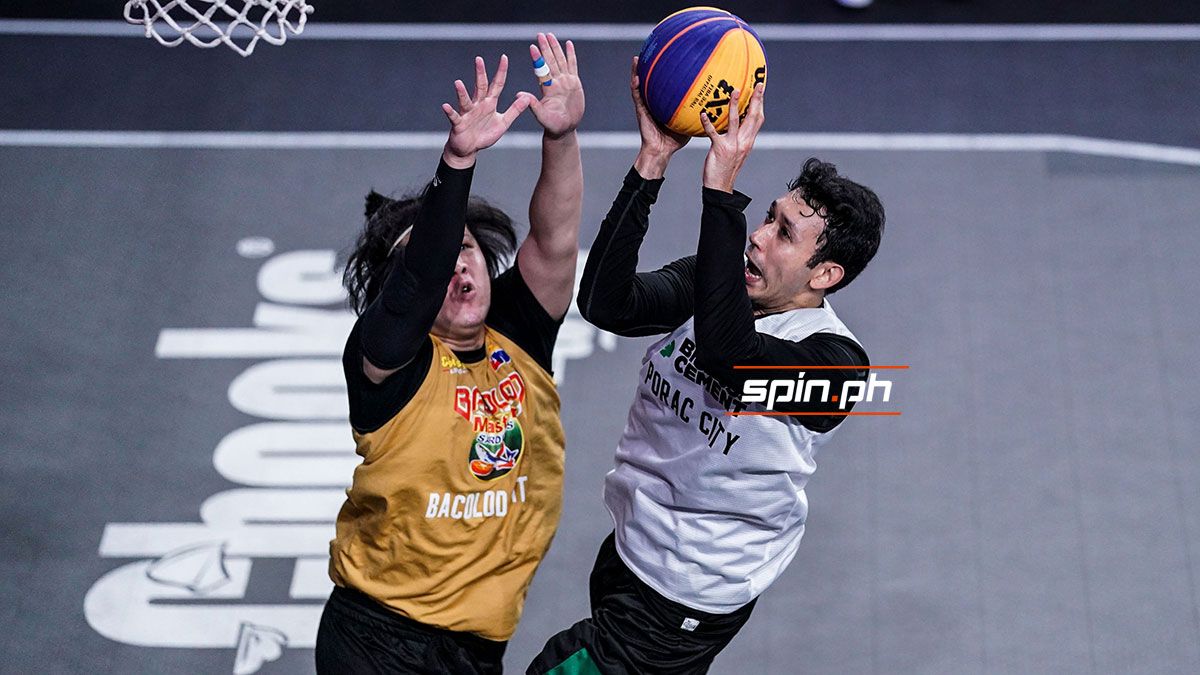 The Green Gorillas rallied back from a 17-14 deficit and scored seven unanswered points, capped off by Ryan Monteclaro's long bomb with 1:58 remaining to take the win.

Porac continued to wax hot to close the preliminaries with a 21-11 rout of Pagadian Rocky Sports.

Bacolod still advanced to the next round after taking down Pagadian, 22-12.

In the other brackets, Leg 1 champion Family's Brand Sardines Zamboanga City cruised to the quarterfinals with a 21-18 win over Petra Cement-Roxas ZN and a 21-13 decision over Pasig-Sta. Lucia Realtors to top Pool B.

Pasig, though, still made it through after winning over Roxas, 21-18.

Bicol did advance to the quarters after overcoming Zamboanga Peninsula, 21- 19.

With the group stages over, the Leg 2 quarterfinals are set, bannered by an explosive matchup between Zamboanga City and Bacolod, the two teams which made it to the preseason Finals.

Completing the pairings are Nueva Ecija versus Bicol, Porac against Pasig, and Butuan against Sarangani.
___