NOLI Banate chose a path quite different from those taken by his fellow retired PBA players, opting to earn a living on the road.

Banate, who had a four-year career in the PBA as one of the best role players of his time, lives a quiet life in Digos City as a jeepney driver, a job that he doesn’t mind doing even though he was once a professional basketball player.

After an amateur career spent with University of Mindanao and Crispa, Banate began his PBA career playing for Manhattan. He then suited up for San Miguel/ Magnolia before becoming one of the original members of Alaska in 1986, and retired a year later with Great Taste with career averages of 4.7 points and 4.3 rebounds.

But after staying in Manila for a few more years, the 6-5 Banate decided to leave the big city to live a simple life back in his hometown, a decision that he says was a no-brainer.

Before leaving Manila though, Banate had enough money to buy a jeep that he also brought with him to his hometown on his own. And to this day, he uses the jeep as his main source of income, transporting commuters from Davao City to Kabacan, Cotabato, and back.

Aside from using his jeep as a public utility vehicle, Banate also uses it to deliver dried seafoods to Kabacan and Digos City.

Being a jeepney driver may not be a lucrative career after basketball but Banate was content to be able to provide a comfortable life for his family. In fact, he takes pride in sending his four children through college with his simple and noble job. 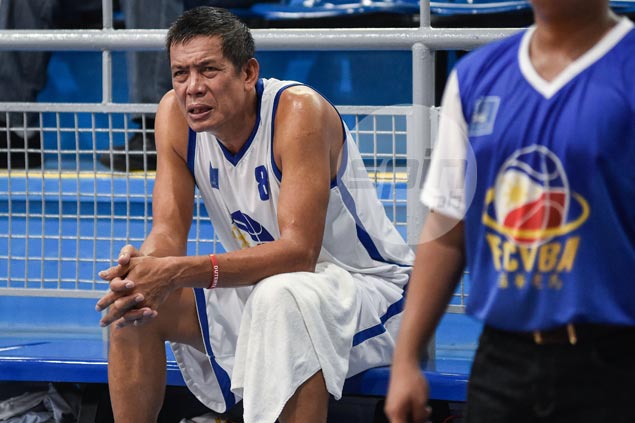 His hard labor has kept the 60-year-old Banate in top shape despite his advanced age. He is even part of the Filipino-Chinese Veterans Basketball Association (FCVBA) 60-above team currently competing in the 25th Asean Veterans Basketball Tournament.

And the fact that Freego’s Eduard Tio went out of his way to pay for Banate’s trip from Davao to Manila is proof enough that he’s one of the top players in his age bracket in the country.

Not surprisingly, basketball remains in his blood as Banate regularly hits the court, at least thrice a week, to play at the Montana Gym after his Davao-Kabacan trips.

Banate may have taken the road less traveled by former PBA players, but through his unusual path he’s reached the same destination all aspire for — a decent, simple, and happy life.