EVAN Nelle, Mark Nonoy, and Schonny Winston are all back in the La Salle roster for the Filoil EcoOil Preseason Cup, but coach Derick Pumaren isn't ready to give any guarantees the three would see action.

"We'll see," said Pumaren the eve of the return of the preseason tournament after three years of inactivity.

See UP Maroons begin preseason buildup with face-off against Mapua

Nelle, Nonoy, and Winston were all left out of the Green Archers lineup for the 2022 PBA D-League Aspirants' Cup owing to their academics.

That left La Salle relying on its young wards like Penny Estacio, CJ Austria, Mur Alao, and Isaiah Blanco to man the backcourt in the developmental league.

Nelle and Nonoy, though, have been seen watching EcoOil-La Salle from the sidelines in their past two games, while Winston is still in the US.

Pumaren explained that La Salle included the three in the 20-man roster for the preseason event as part of the preparations for the upcoming UAAP Season 85.

If the three can meet the requirements to be cleared to play, however, is another story in itself. 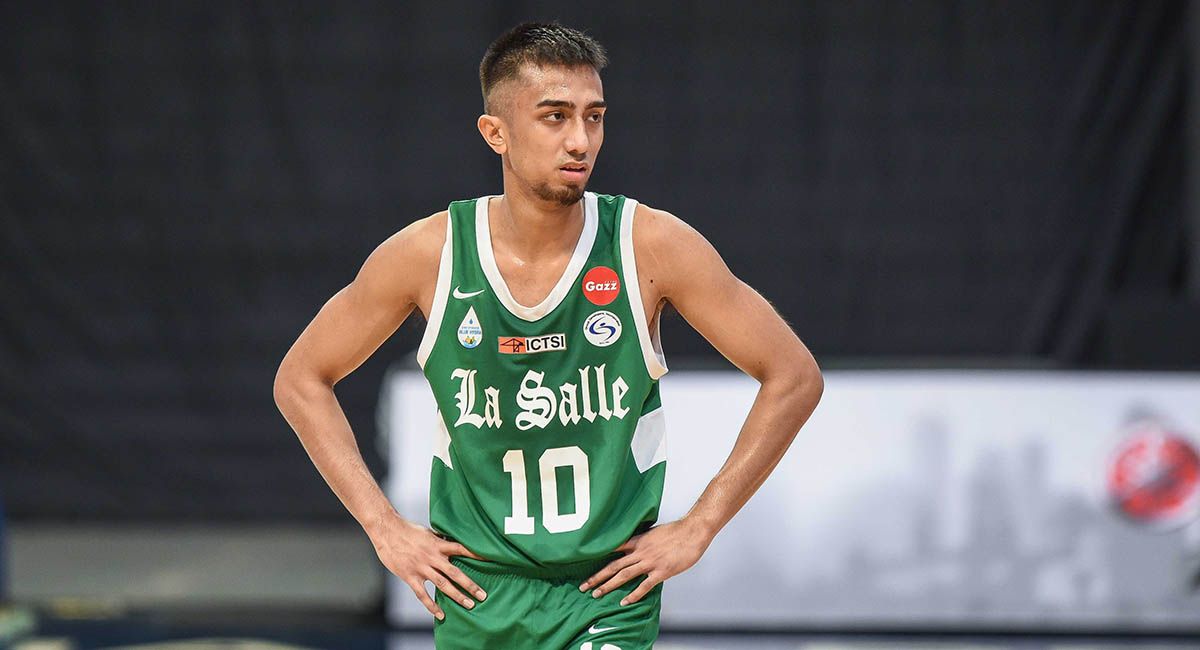 Left out of the La Salle squad in the D-League, Evan Nelle has been listed for the Filoil preseason event.

Nelle was solid in his first season in green-and-white with his 10.6 points on 33-percent shooting from deep, on top of 3.9 assists, 3.2 rebounds, and 1.9 steals as the Green Archers' starting point guard in UAAP Season 84.

La Salle will open its campaign on Saturday against Far Eastern University.