WHEN LeBron James visited the Tenement in Taguig City as part of his Rise Tour last August, the NBA superstar left more than a lasting impression.

As a fulfillment of a promise the 'King’ made to the residents of the low-cost housing community who warmly welcomed his vow to “return” someday, Nike Philippines unveiled a concrete plaque bearing James’ handprint and signature at the basketball court that bears his larger-than-life mural on Tuesday afternoon.

“Hand imprint of LeBron of the Cleveland Cavaliers. Left on August 20, 2015 at the Tenement court, with hope of inspiring more Filipino youth to RISE BEYOND BELIEF,” the marker reads.

Rapper Mike Swift, a Filipino-American musician who grew up in New York, played a large part in bringing the Tenement court to Nike’s attention. Aside from James, the shoe and apparel giant also brought the Indiana Pacers’ Paul George and Jordan Clarkson to the tenement when they visited the Philippines on promotional tours.

“All the celebrities that came here they didn’t even know this basketball court existed. All of the world noticing this court with the artwork that we put. It’s been wild, we did not expect this to happen… kaunting galaw, tulung-tulong and bayanihan kaya pala nating paratingin si LeBron James sa Tenement,” said Swift who said they were proud ito add the basketball culture to the country and give young kids the opportunity to learn.

The event also coincided with the announcement of the continuation of the Rise program through 'We Rise,' a six-month basketball training program targeted for the youth of the Tenement community.

Basketball and fitness coach Ruben Lanot will head a group of six coaches that will train and supervise up to 75 kids aged 7 to 19 years old who will undergo weekly training. Depending on their skill level, the players will be divided into beginners, intermediate and advanced. Nike will provide the necessary equipment that would include apparel and footwear for the participants. 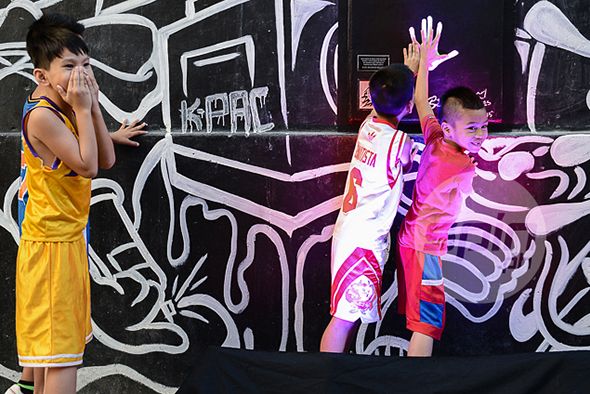 Aside from training the ‘Pinoy style’ of basketball, Lanot said they will also instruct the kids to play within a team concept. 'We Rise' will be divided into three, two-month phases: a basketball clinic, a camp where the best players will be selected into teams, and a basketball tournament that will pit them against teams from other barangays/ subdivisions.

“At Nike we don’t believe we’re a company that just sells sneakers. Our mission is to bring inspiration and innovation to every athlete in the world… we believe everyone deserves the opportunity to become the best athlete that they can be,” Reyes explained.

Also on hand was Nike Rise athlete Kristine Cayabyab who talked about her experience as part of the program. The 12-year old so impressed James with her performance in a game that he signed her shoe and gave her an autographed basketball. 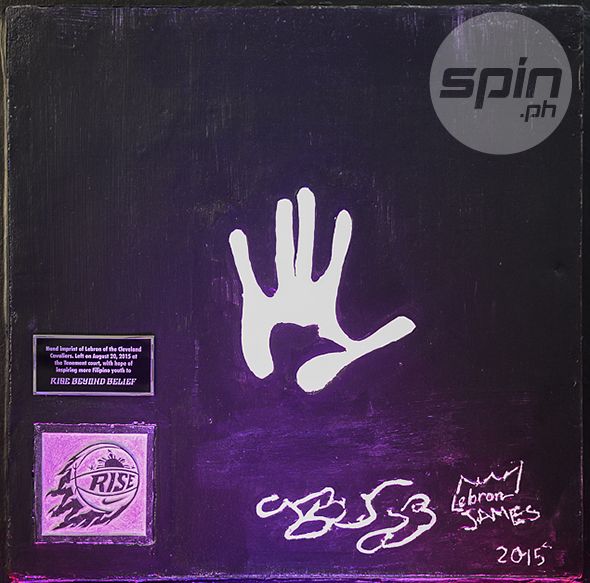