DESPERATE for a win in the NCAA Season 95, Jose Rizal University needed its young core to develop faster than usual.

The 19-year old came out with the game of his life as he towed the Heavy Bombers to a thrilling 80-77 victory over the winless Arellano Chiefs last Friday at the Filoil Flying V Center.

With JRU trailing by two, 77-75, Miranda scored on a putback with 29.3 seconds left before winning it all with a corner three-pointer in the final 1.7 seconds. 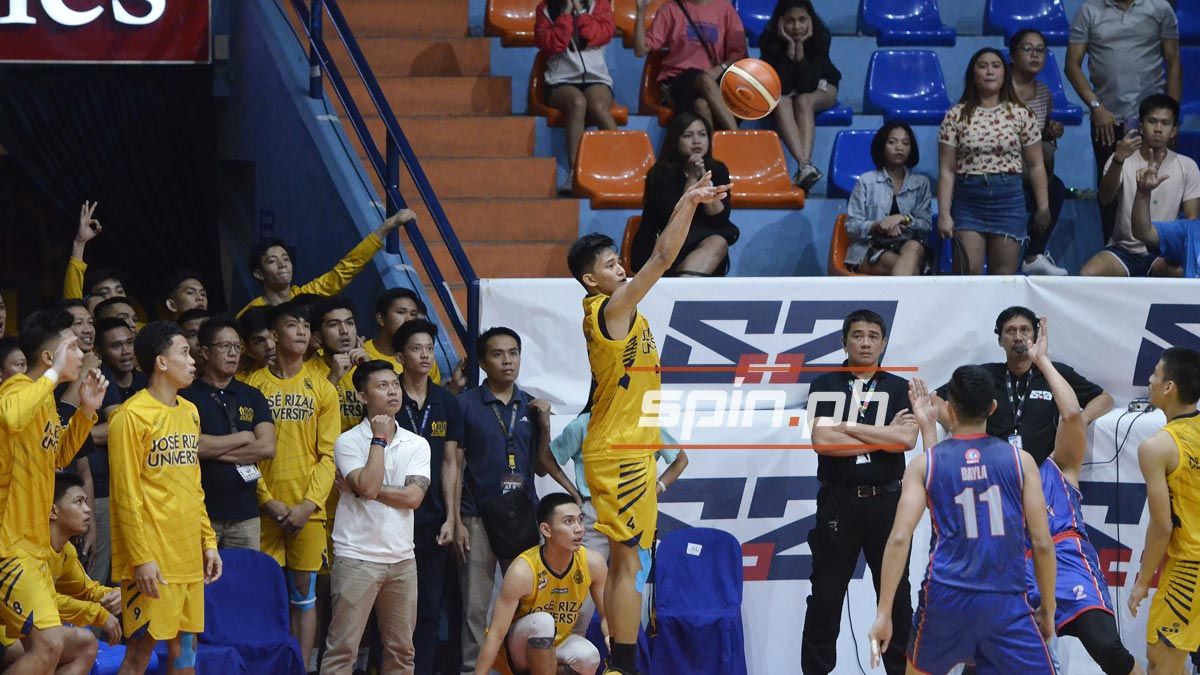 What made it more impressive was that Miranda just came back out on the floor after heading out midway through the fourth quarter with leg cramps.

One of only five holdovers from last season, Miranda knew he’s gonna have to give more if JRU is to score a breakthrough.

After scoring just two points in their opener and missing the next two games, Miranda started to assert himself more on offense.

Miranda hit 10 of his 17 shots, including three of five from rainbow country, but most importantly, it’s his leadership on the floor which mattered the most.