ALL the bags are packed and ready to go, but one last ticket remains available for the Final Four of the NCAA Season 97 seniors basketball tournament.

St. Benilde and Perpetual will attempt to gain that elusive seat when they face off at 3 p.m.

The Blazers narrowly escaped the Altas, 83-73, in their only faceoff this season on April 9, making an interesting background for this do-or-die match.

Things to know ahead of this match.

TWO DECADES TOO LONG: Coach Charles Tiu came to St. Benilde promising a fresh start, and in his first year at the helm can lead the team to the semifinals, a phase the Taft side hasn't reached since 2002. Will Gozum, AJ Benson, and Robi Nayve are all pressured to deliver after the Blazers bungled their first chance, losing to San Beda, 63-57, on Sunday to surrender the No. 3 seeding. With the No. 4 spot up for grabs, surely, CSB wants to make the most of this golden opportunity. 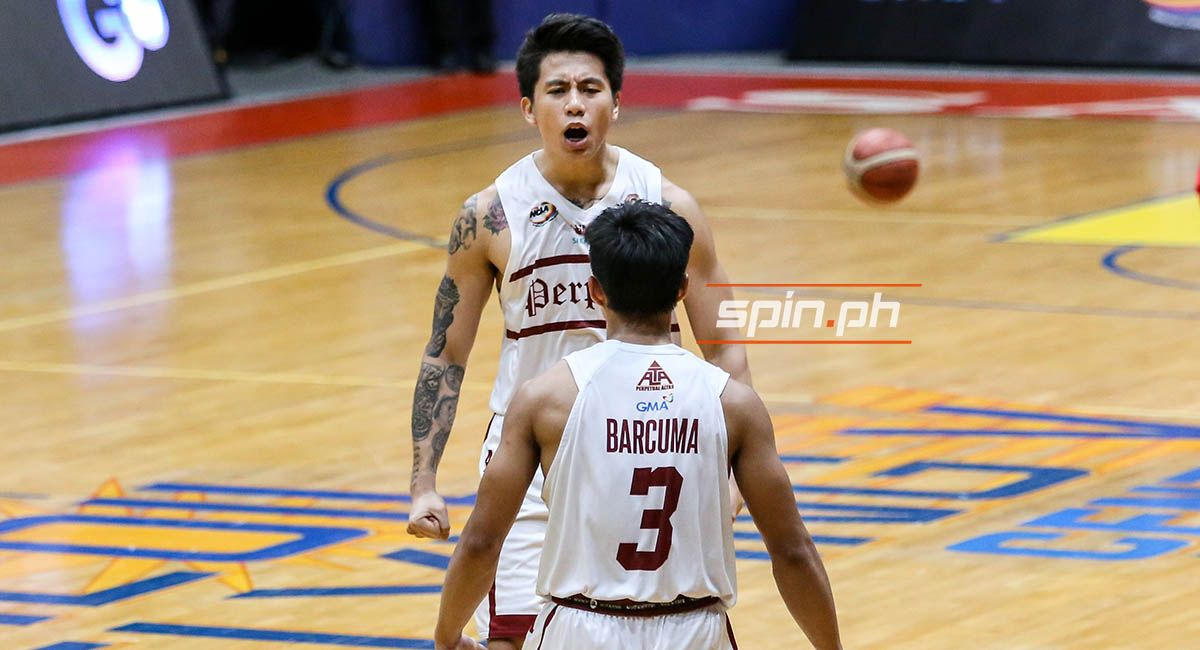 Kim Aurin and the Altas try to barge into the semis.

YOUNG BLOODS STREAKING: Perpetual, as youthful as it is, has sent shockwaves in the league this year and is in the midst of a three-game win run including a 59-52 escape from Arellano last Sunday. Eyes are on Kim Aurin and Jielo Razon as the Altas try to return to to the Final Four for the first time since 2018, when Prince Eze was still wearing the maroon and gold.

LYING IN WAIT: Defending champion Letran is a curious observer in this match as it awaits its semifinal date. The Knights hold a twice-to-beat advantage in the series and will be the overwhelming favorites based on their eliminations clash. Letran overcame St. Benilde, 67-63, in their opening day matchup, while also stamping its class against Perpetual, 68-57, last April 4. The semifinals begin on Sunday, May 8.

PLAYER TO WATCH: Miggy Corteza came out of nowhere and starred for St. Benilde in the win over Perpetual, coming up with 24 points and 11 rebounds. That was his best game of the season but went on to contribute pedestrian numbers for the up-and-down Blazers. If St. Benilde can secure another big game for him alongside the usual suspects, you bet the Blazers will soon be back in the semis fold.