Donald Tankoua kickstarted the beatdown, scoring eight of his 15 points in the Red Lions' 30-17 first quarter as the lead ballooned to as high as 52, 102-50, late in the game.

The Cameroonian center also hauled down six rebounds and two steals a day after celebrating his 25th birthday.

"Credit to my boys for this win. They wanted to prove something," said coach Boyet Fernandez as San Beda improved to 6-0 to follow up its 70-66 victory over Letran last Saturday.

"We really had a good game against Letran, but they really wanted to prove to themselves that the win against Letran was not a fluke."

AC Soberano also had his best outing with a season-high 15 points on a 5-of-9 shooting from deep. 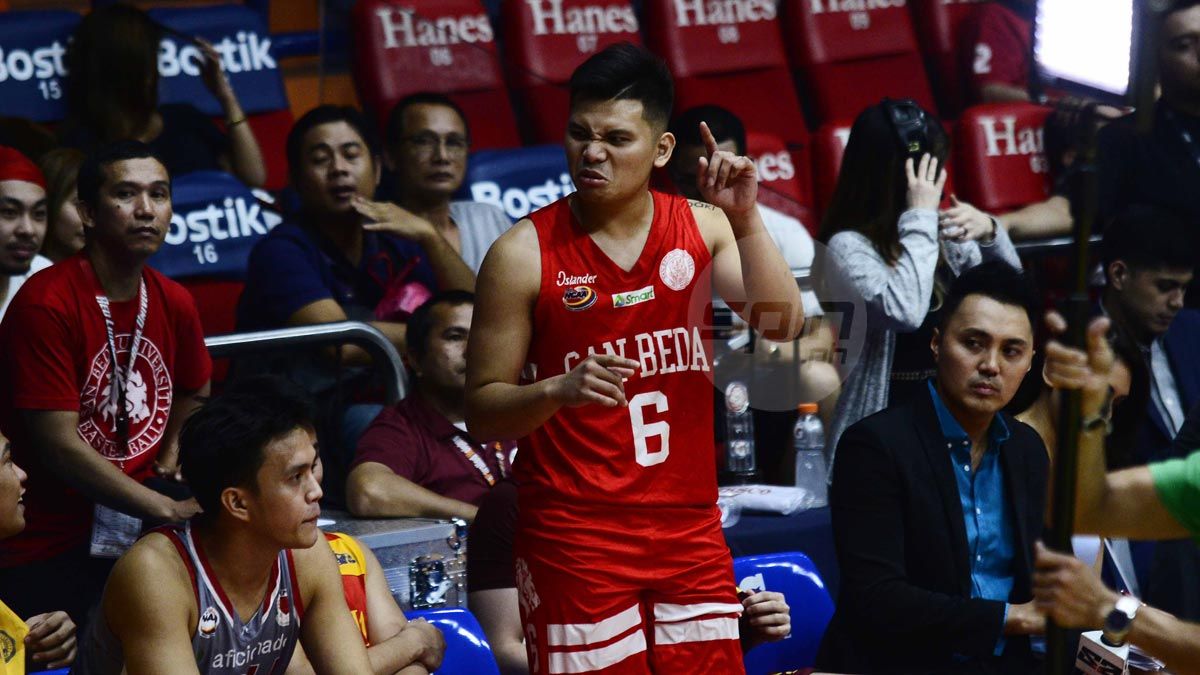 It was all San Beda as it shot on a 48-percent clip from the field, including 41-percent from beyond the arc to score the easy win.

Perpetual suffered its second straight loss to fall to 2-5.

Edgar Charcos led the skidding Altas with 13 points, four rebounds, and two assists, as Tonton Peralta had 13 points and five boards in the humiliating defeat.