The Red Lions leaned on a sensational 25-6 fourth quarter charge, to turn the game from a close 61-58 lead entering the payoff period to blowing out the Pirates, 86-64 with 1:53 remaining in the game.

Evan Nelle poured nine of his 14 points in that killer fourth canto barrage as he went 3-of-6 from downtown, to go with seven assists and four rebounds to keep San Beda immaculate at 7-0.

"Our defense and three-point shooting led us through this game. Nagpapasalamat ako sa players ko for all the sacrifices that they had for the past few days preparing for LPU," testified coach Boyet Fernandez, with the Red Lions going 40-percent from deep. 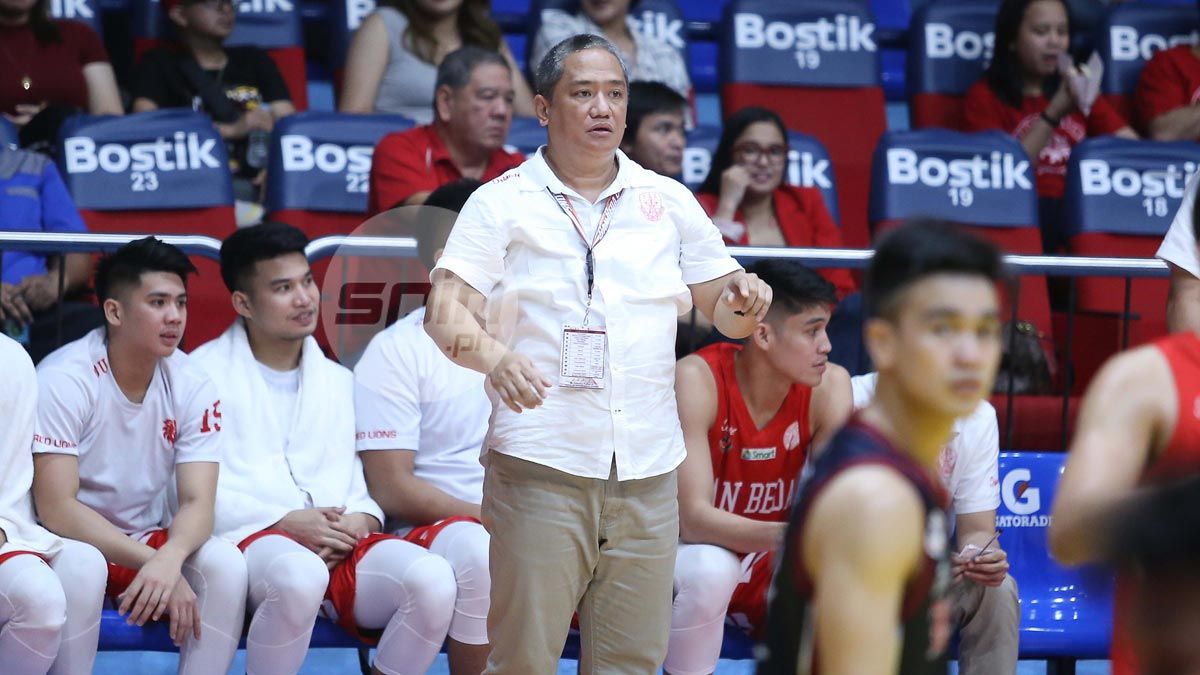 Calvin Oftana collected a double-double with his 20 points and 12 rebounds for San Beda, Donald Tankoua got himself 19 points, six boards, two assists, and two steals, while Clint Doliguez had 15 points, five rebounds, and three dimes.

It was a solid showing for the Red Cubs, which earlier wasted an 18-point lead in the first half and even trailed, 51-50 after a Jayson David three in the third frame.

Lyceum saw its five-game win streak stopped as it fell to 6-2.

Mike Nzeusseu powered the Pirates with 18 points and nine rebounds, as Jaycee Marcelino got 13 points, five dimes, three steals, and two boards in the defeat.

Lyceum also missed the services of Reymar Caduyac, who suffered a sprained foot in the second quarter after contributing just two points in the loss.