HAD Robert Bolick known how many points he have scored, he would have refused to be taken out of the court.

It's the realization the former San Beda guard had when he reminisced on his superb scoring day that fateful August 24, 2018.

Celebrating "Mamba Day," the moustached maestro of the Red Lions tore the Arellano Chiefs to shreds in that unassuming elimination round duel in NCAA Season 94.

Yet Bolick said he hardly did anything special before the game.

It felt like any normal NCAA game, with Bolick already having 13 points to his name after the first two quarters.

And then, the "Mamba" in him came alive.

Bolick singlehandedly turned the game from a close contest to a blowout, with San Beda taking the 98-79 victory.

He capped that performance with back-to-back treys before coach Boyet Fernandez pulled him out with 40 seconds remaining. 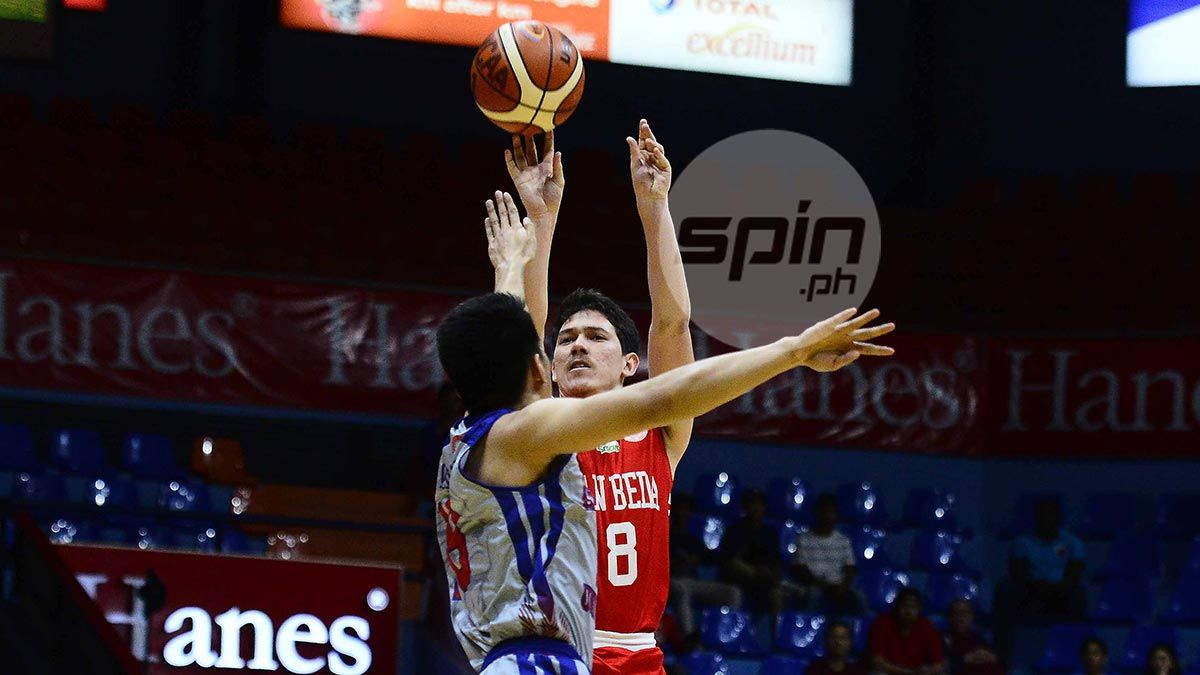 It was only then when his achievement dawned on him.

Bolick, however, remained on the bench as the clock trickled down at Filoil Flying V Centre.

His final statline? He made 18-of-25 shots, five of which were three-pointers, including all of his nine free throws made.

All in all, he scored 37 points in the second half, two points shy of Arellano's entire output in those third and fourth periods.

Aside from his scoring prowess, Bolick also collected four rebounds, four assists, and two steals in the win.

Now playing for NorthPort, the third overall pick of the 2019 PBA Rookie Draft has not come close to that scoring feat since, with his highest in the pro ranks being 26 points in his PBA debut against Blackwater.

Still, the Ormoc pride could smile, hoping that soon, he will once again have those kind of days.