ROBERT Bolick may have been Perpetual’s biggest problem all night long, but the graduating combo guard also had problems of his own in the game.

Bolick finished with 23 points and six assists in their 83-72 win over the Altas, but not to be outshined was rookie guard Jielo Razon who came out with a solid performance of his own against the Red Lions.

Playing in his first semis game as a seniors player, Razon led the way for the Altas with 16 points, six rebounds, three assists and a steal though it didn’t result to a win.

Razon showed no fear all game long and the two was even warned for taunting late in the game.

Bolick totally understands where the rookie is coming from, remembering the time when he was just a rookie trying to prove himself. 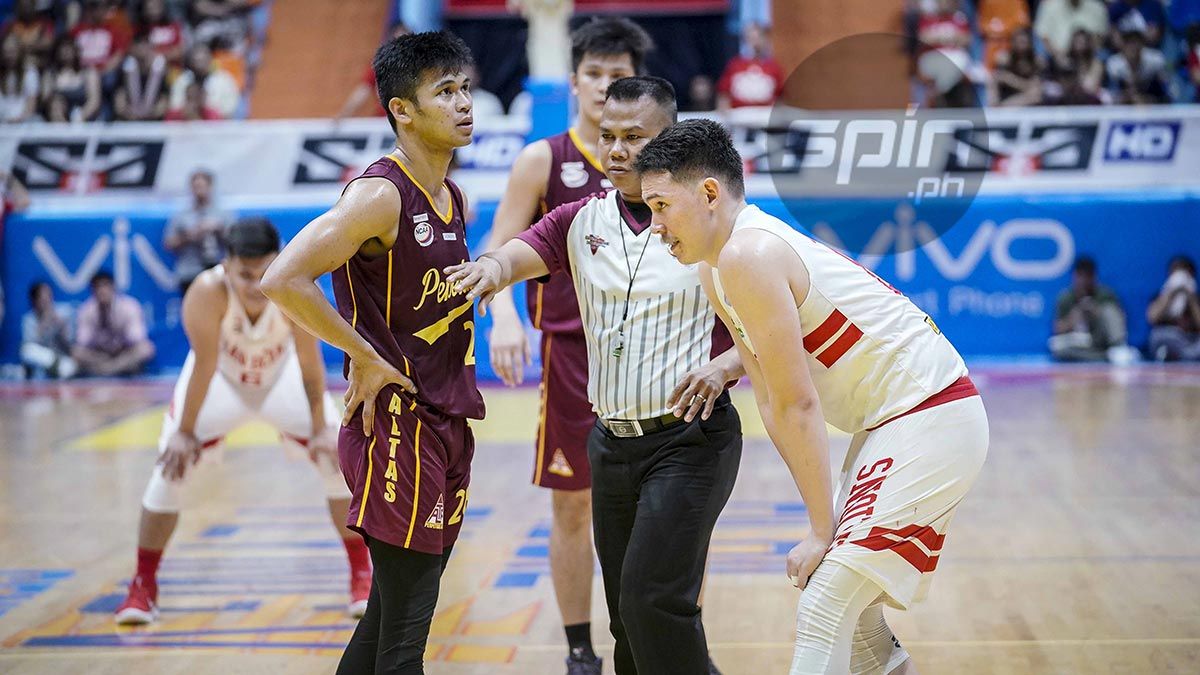 Bolick also tipped his hats off to transferee guard Edgar Charcos who, like him, played sparingly in the UAAP and found greener pastures in the NCAA.

The 6’1 guard out of Ormoc, Leyte believes that the Altas has a bright future ahead of them, especially when veteran point guard Keith Pido returns.