BACK when he was with La Salle, Robert Bolick admitted he hated San Beda so much.

Now, hatred has turned into love as Bolick led the Red Lions to a second championship - and vowed to stay around to win more.

Bolick once again played the hero's role on Thursday, finishing with 18 points, five rebounds, and six assists as the Red Lions beat Lyceum, 92-82, to complete a sweep of the NCAA best-of-three finals.

As the team celebrated at midcourt, an ecstatic Bolick climbed all the way to the lower box section of the Smart Araneta Coliseum to whoop it up with his family led by mother Zeny.

Bolick said the NCAA title only validated his decision to leave the Green Archers and move to San Beda, as well as his desire to stay on for another year instead of joining the PBA draft.

"No doubt. That's why I stayed for another year," said Bolick. "Puwede na ako magpa-draft. But it's my responsibility to give one more year to San Beda, the way they treat me."

Bolick said staying put was an easy decision to make for him.

"I love San Beda. I will stay for one year and hope to win another championship next year. For now, I'm just so happy na nandito ako sa San Beda," he said.

That wasn't always the case as the all-around guard used to hate the Red Lions when he was still with the Green Archers, recalling the time they won a preseason title at the expense of San Beda. 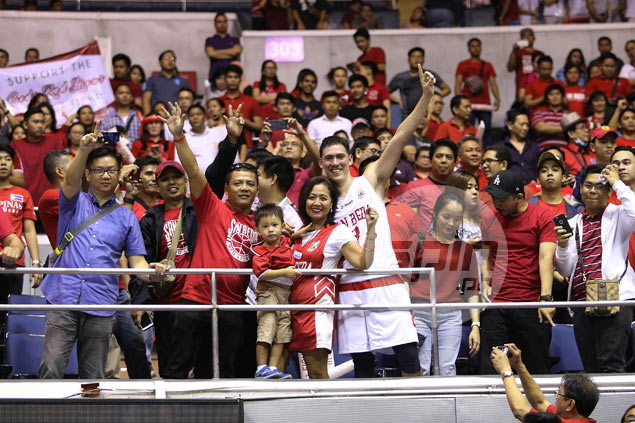 Bolick was once again clutch in Game Two, turning a near turnover into a big score when he beat LPU's pressure defense to pass off to AC Soberano for a triple to make it an 86-82 game.

The 21-year-old Bolick then put the game away by nailing a big three for an 89-82 lead with 50 seconds left.