YOU just got to love the heart of one RK Ilagan.

Cramping for the majority of the second half, the Tondo-born sniper made sure that San Sebastian wouldn't go down without a fight against Letran, leading his side's rally from 17 points down that cut that deficit down to one, 81-80 with 1:40 remaining.

Still fresh on the 5-foot-11 sniper's mind was the Golden Stags' failed Final Four bid last season as they missed out on the Finals in Michael Calisaan's last year in Recto. Their struggles, on top of the games lost for his involvement in a "ligang labas" derailed that campaign. 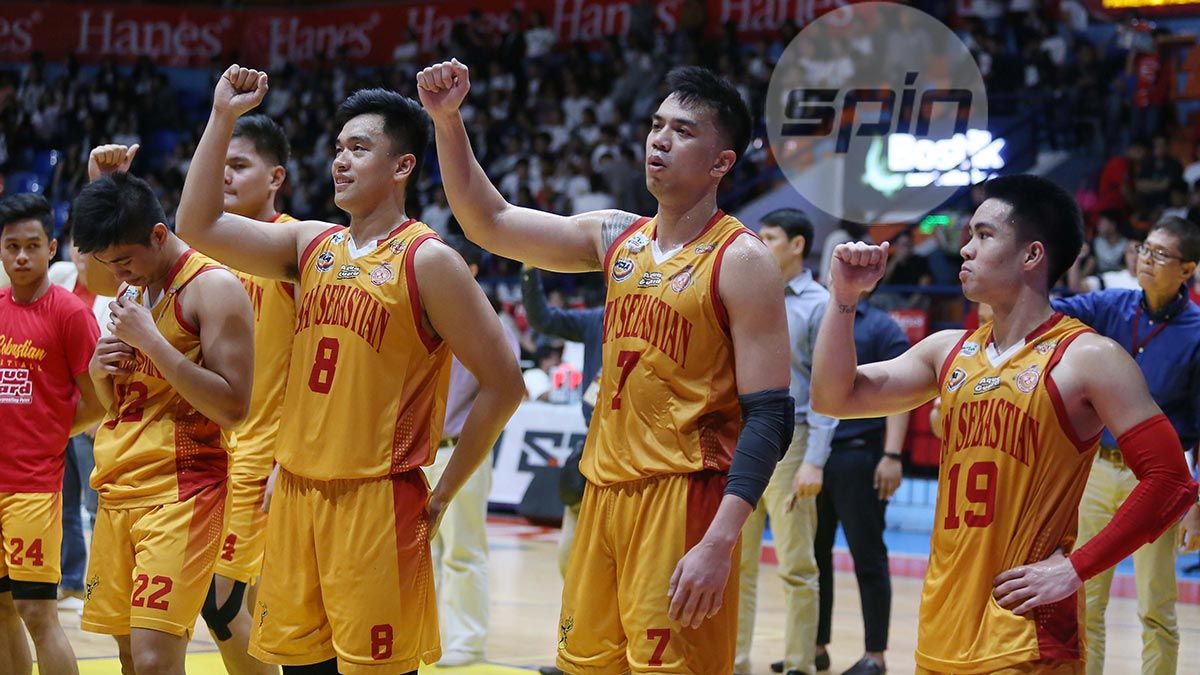 With a renewed focus and bigger responsibility, Ilagan made sure to make up for those shortcomings and lived up to the expectations as San Sebastian once again got back to the playoffs.

And even when the Golden Stags' backs against the wall, there was no quit on this dog.

Ilagan fired in all cylinders and shot 7-of-13 from deep as he poured 13 of his career-best 36 points in the fourth quarter, while also collecting six rebounds and three assists.

He sure gave it his all, but as great as his best was, it just unfortunately wasn't good enough as Letran dealt San Sebastian an 85-80 nipping.

Ilagan even wanted to continue fighting even as he felt cramps on his right leg, believing that he should have stayed fighting until the end.

Yet it only fuels the burning desire for the sweet-shooting sniper to rebound, especially with next year being his final season for the Golden Stags.

As much as he's tasked to continue playing the role of the leader in this San Sebastian side, Ilagan is just keeping the faith as he aims to add more to his arsenal come NCAA Season 96.