RHENZ Abando is set to make history as the first player to win the MVP award while coming off the bench as he emerges as the best player in the NCAA Season 97 men's basketball tournament.

The 6-foot-2 forward, a transferee from University of Sto. Tomas, averaged 15.73 points, 6.36 rebounds, 1.73 assists, and 1.27 blocks — while not being part of coach Bonnie Tan's first five — to come away with the top individual plum in the abbreviated season, Spin.ph sources confirmed.

The Sto. Tomas, Pangasinan native is the first Letran player to be named MVP since Raymond Almazan in 2013.

The 24-year-old Abando will also be named Rookie of the Year.

NCAA considers all players in their first season in the league as rookies, regardless if they're transferees or high school graduates.

He's the latest to accomplish the feat after Mapua's Allwell Oraeme in 2015. Others who won the Rookie-MVP were San Beda's Sam Ekwe in 2006 and Philippine Christian University's Gabby Espinas in 2004. 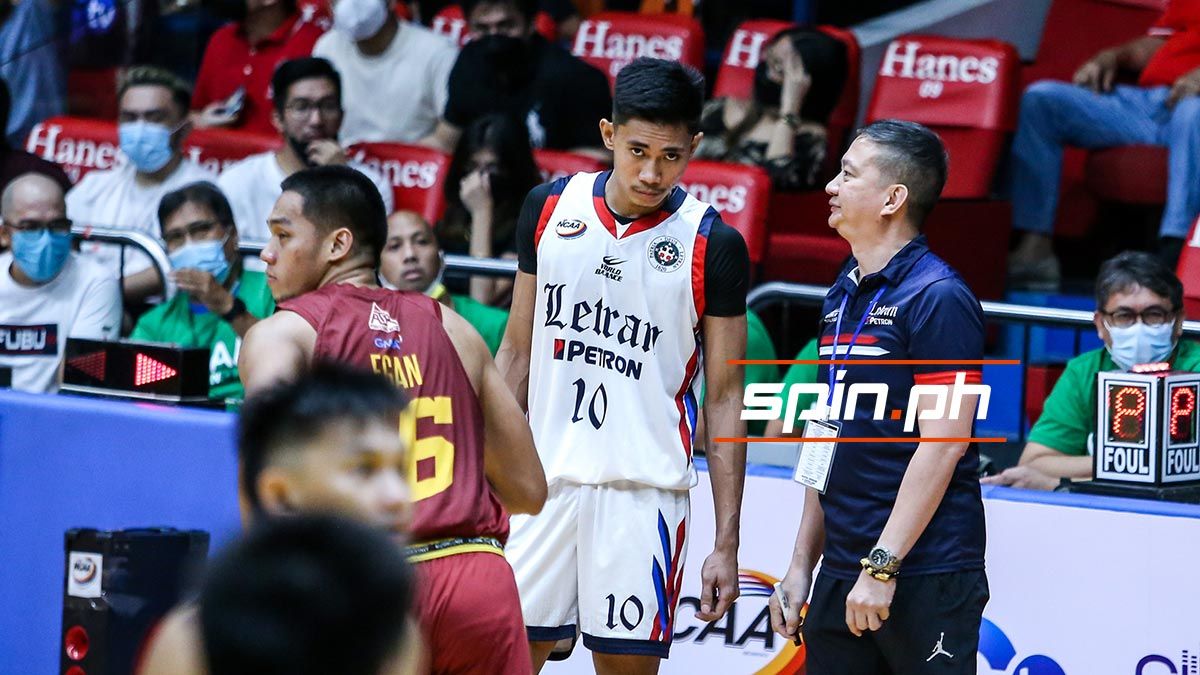 Letran hopes to have Rhenz Abando back for Game Two of the NCAA Season 97 basketball finals.

The individual awards will be handed out this Sunday before Game Two of the Letran-Mapua Finals.