Why Nambatac declined lucrative college offers to stay at Letran

REY Nambatac is now basking in the PBA spotlight as the man who holds the keys to the Rain or Shine offense.

In college, though, he relatively shied away from the glare of the bright lights – and the perks that came with it – as he admirably chose the road less traveled.

After all, the Letran product declined lucrative offers from other schools to become one of the few standouts who can say they’re homegrown, having gone straight from high school to college playing for just one school.

Sharing his celebrated transition from high school to college on SPIN Zoom In, Nambatac bared he was a sought-after prospect heading into the seniors level after introducing himself with the Squires as the 2010 NCAA Juniors Rookie of the Year before emerging as NCAA Juniors MVP the year after.

Nambatac hinted La Salle, National University, Far Eastern University, University of the East, Ateneo, and University of Santo Tomas were among the schools that tried to woo him away from Intramuros. But with those schools also featuring their current stars in the same position as the Squires star, it was the logical move to stay. 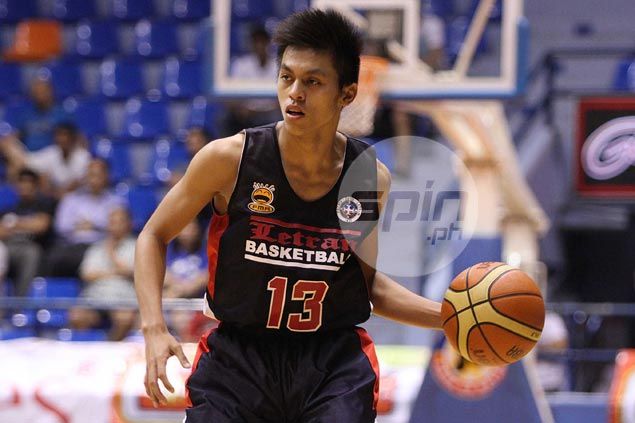 At Letran, Nambatac saw that Kevin Alas and Kevin Racal only had a few years left in their college careers, giving the incoming rookie a bigger chance to gain exposure.

Then-outgoing Letran star RJ Jazul also had a hand in directing Nambatac toward the homegrown path like his senior walked on.

“The fathers there wanted me to talk to Rey na I have to convince him to stay in Letran,” Jazul said in his own SPIN Zoom In appearance.

Nambatac’s loyalty was eventually rewarded as he became part of the 2015 Knights team that ended a decade-long NCAA title drought, completing a Cinderella run under then rookie coach Aldin Ayo against a powerhouse San Beda crew.

Two years later, Nambatac heard his name get called as the seventh overall pick in the PBA draft, steadily working his way to now becoming one of the Elasto Painters’ stars.