TOPEX Robinson will still be on the bench for Lyceum next NCAA season, albeit in a different role as he assumes the interim head-coaching job for Phoenix Super LPG in the PBA.

The soft-spoken mentor told Spin.ph the school management has already drafted plans that will enable him to be involved with the team once NCAA Season 96 gets off the ground, hopefully in the first quarter of 2021.

"Absolutely, I’ll still be with LPU in a different capacity," said Robinson, who bared he already had discussions with Lyceum president Atty. Bobby Laurel regarding the matter.

"I had a meeting with Mr. Laurel and we’ve made necessary adjustments for me to still be a part of the LPU program. I'm truly grateful to work for an institution that will always support my growth as a coach." 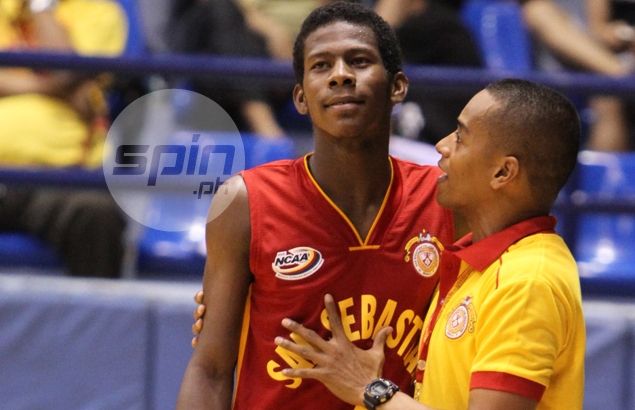 There's still no official communique on what that new role will be, but all signs point to Robinson taking the role of a team consultant for Lyceum.

He also won't be lost for options to find his replacement, with deputy Jeff Perlas emerging as the frontrunner for the job.

Robinson has been at the helm of the Pirates since 2014, turning a once-struggling program into a legitimate contender that made it to the NCAA Final Four in the past three seasons.

He was the architect of Lyceum's breakthrough finals appearance in 2017 and 2018 behind CJ Perez, where it settled for bridesmaid honors to San Beda.

Aside from serving as the head coach, the 45-year-old is also the director of basketball operations of the whole Lyceum system since 2018, when he inked a five-year contract extension.

But Robinson got the biggest break of his coaching career last week when he was promoted interim head coach after the firing of Louie Alas. He will call the shots for Phoenix Super LPG once it plays in the proposed PBA bubble.

Both PBA and NCAA rules say that head coaches are prohibited from assuming the same role in other leagues, forcing Robinson to make the choice.

Lyceum is looking to bounce back after falling short of the Finals last season, with bluechip rookies Mclaude Guadana, John Barba, and John Bravo all joining the Pirates come NCAA Season 96.