NCAA Preview: Vengeful San Beda wants nothing but the title back

(Editor's note: This is the second of a series of team previews for the NCAA Season 97.)

WHAT HAPPENED BEFORE? 18-0, 1st in the eliminations; outright Finals berth; lost to Letran in Finals to end up as runner-up

IF you're in San Beda, anything short of a championship is a disappointment.

Red Lions coach Boyet Fernandez has gotten accustomed to those high expectations that one can understand the burden he felt when the Mendiola side settled for bridesmaid honors the last time out.

And with the NCAA Season 97 forthcoming, it's very much the same case -- it's just that San Beda will have to do it in a period of transition.

Fil-Canadian guard James Canlas, who was part of the Mythical Team last season, will be the focal point of the Red Lions' attack this season but a big cloud of uncertainty hovers over his head as the possibility of this being his last playing year looms.

"He's weighing his options, but based on our conversations, his priority right now is San Beda. But whatever his decision will be, suportado namin yun and we're hoping na maging tama yung decision niya for himself," said Fernandez.

That further puts the attention to those who will be left, with Ralph Penuela, Franz Abuda, Damie Cuntapay, and JB Bahio all pressured to carry bigger loads for San Beda.

Fernandez is also banking on the caliber that the additions he got from the Red Cubs, namely Rhayyan Amsali, Justine Sanchez, Yukien Andrada, and Tony Ynot, as well as University of the Visayas transferee Gab Cometa as he aims to fasttrack their development to be immediate contributors for the Red Lions' cause. 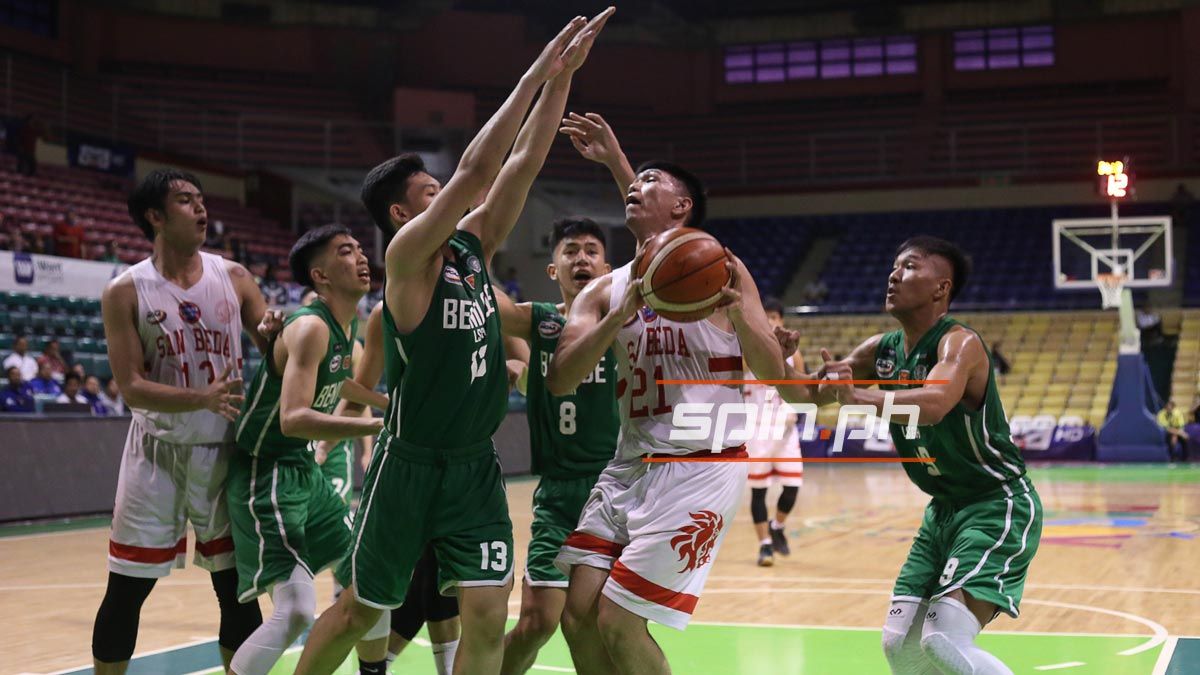 "May konting adjustments talaga kasi puro bata ang pumasok sa team namin. Malakas naman yung recruits namin so hopefully, they can give value to the team this season," he said.

San Beda understands the lofty expectations the community has on it and Fernandez knows just that. That's why there's nothing else that he wants for the Red Lions but to bring back that crown and add another hardware in the already gaudy trophy case inside the Lions' den.

"Hindi na nagbabago yun na we're always looking for the championship, so it's important that we make sure that the players know those goals, the little objectives we have throughout the season," he said. "Proseso yan eh, so we want to make it to the top two, hopefully win in the semis, then look forward to the championship."