NCAA play-in phase on as San Beda, St. Benilde clash for No. 3 spot

BREAKING ground in this time of new normal, the NCAA opens its first ever play-in tournament on Sunday at Filoil Flying V Centre in San Juan.

Teams ranked three to six fight for the last two tickets in the Final Four.

Ateneo-UP game caps off UAAP elims with much at stake

No. 3 San Beda looks to quickly get to the semifinals against hungry No. 4 St. Benilde at 12 p.m. The winner will claim the third seed and a date against second-seed Mapua, armed with a twice-to-beat advantage, in the semifinals.

No. 5 Perpetual and No. 6 Arellano collide at 3 p.m. in a do-or-die matchup with the winner facing the loser of the San Beda-St. Benilde for No. 4 spot and the right to face top seed Letran, which also holds a twice-to-beat edge in the semis.

Here are the things to watch in this high stakes Labor Day gameday.

ROARING BACK: Never in 17 years has San Beda been in this vulnerable position, and James Kwekuteye will surely be motivated to bring the Red Lions back to the semis. San Beda narrowly escaped St. Benilde in their eliminations duel, 67-63, last Tuesday and coach Boyet Fernandez surely is wary of that threat as the Mendiola side finds itself in an unfamiliar and vulnerable position.

TRAIL BLAZERS: It has been 20 years since St. Benilde made it to the semifinals with the likes of Sunday Salvacion, Al Magpayo, and Jay Sagad. Will Gozum, AJ Benson, and Robi Nayve will have the golden chance of ending that Final Four drought for the Blazers as coach Charles Tiu looks to barge into the semis in his first season at the helm. 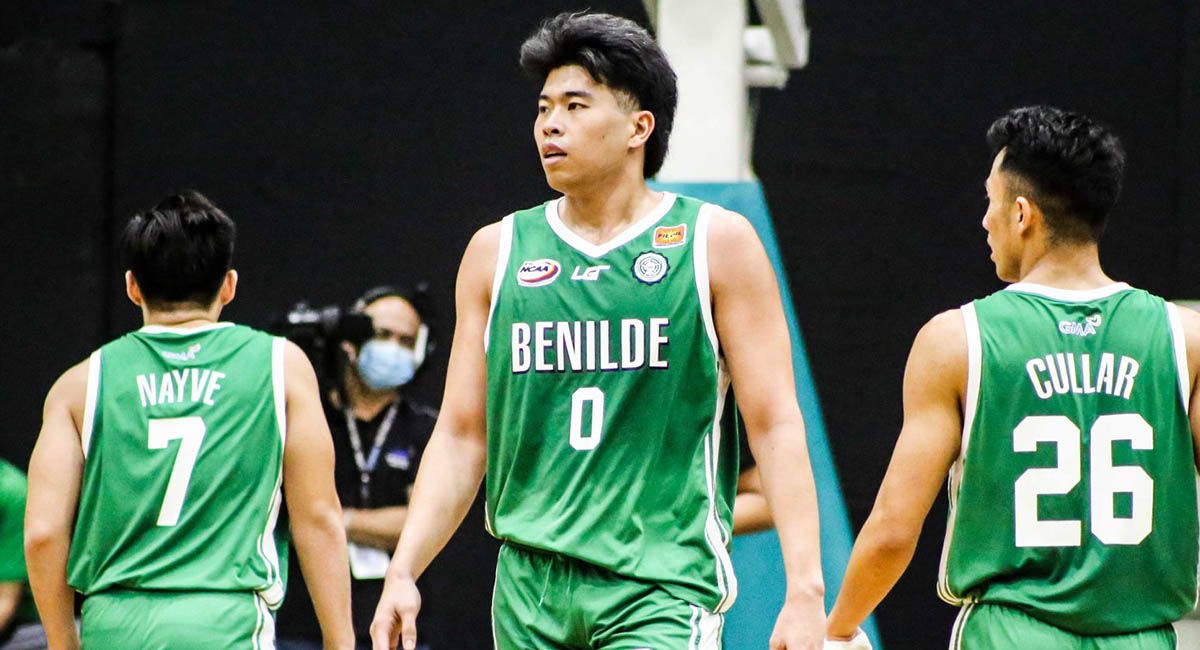 Will Gozum and the Blazers try to get past the Lions this time.

YOUNG BLOOD RISING: Perpetual came to the season with meager expectations, yet coach Myk Saguiguit paraded a hungry, no-nonsense Altas squad to make it this far in the race, beating Emilio Aguinaldo College, 63-60 to earn this last play-in ticket. Jielo Razon's daredevil moves and Kim Aurin's hot hands surely were big help for the Las Pinas side and they will look to continue defying the odds and make it through to the second phase of the play-in.

ONE MORE FIGHT: Arellano could only go as far as Justin Arana will take it, and the 6-foot-5 forward had 29 rebounds in all 40 minutes in the Chiefs' 65-62 escape from Jose Rizal University. Arellano attempts to live to fight another day, all the more as it seeks redemption from its 87-70 loss to Perpetual in the eliminations.

PLAYER TO WATCH: Arana will be put under the microscope once more in leading Arellano in this make-or-break duel. But the Chiefs' season isn't the only one hanging in the balance as also hinging in this game is his MVP candidacy as he averages 15.5 points, the second-best in the league, alongside league-best 17.13 rebounds and 2.88 blocks. Perpetual is expected to zero in on Arana as both teams fight for their life in this match.