WHEN the NCAA Season 97 started, nobody expected Perpetual Help to make waves in the tournament, let alone make a late run to the semifinals.

With the departure of head coach Frankie Lim and star transferee guard Edgar Charcos, not many paid attention to the Altas as they hovered around the lower tier of the standings for most part of the tournament.

That all changed thanks to two Perpetual lifers in coach Myk Saguiguit and Jielo Razon who made sure they don’t fall to obscurity in the resumption of the oldest collegiate tournament in the country.

Not only did they escape obscurity, they managed to snag the last semis spot in the tournament.

Saguiguit actually studied at Perpetual during the time of former NCAA MVP Jojo Manalo, Gilbert Malabanan and Chester Tolomia – though he never really got a chance to play in the tournament.

That didn’t stop him from serving his alma mater though as he joined the Perpetual coaching staff in 2017, handling the Junior Altas while also serving as assistant to Jimwell Gican and Frankie Lim.

It was in that stretch where he partnered up with the high-scoring Razon, as they carried the Perpetual flag in the juniors division – and that partnership is now the very heart and soul of this Altas squad. 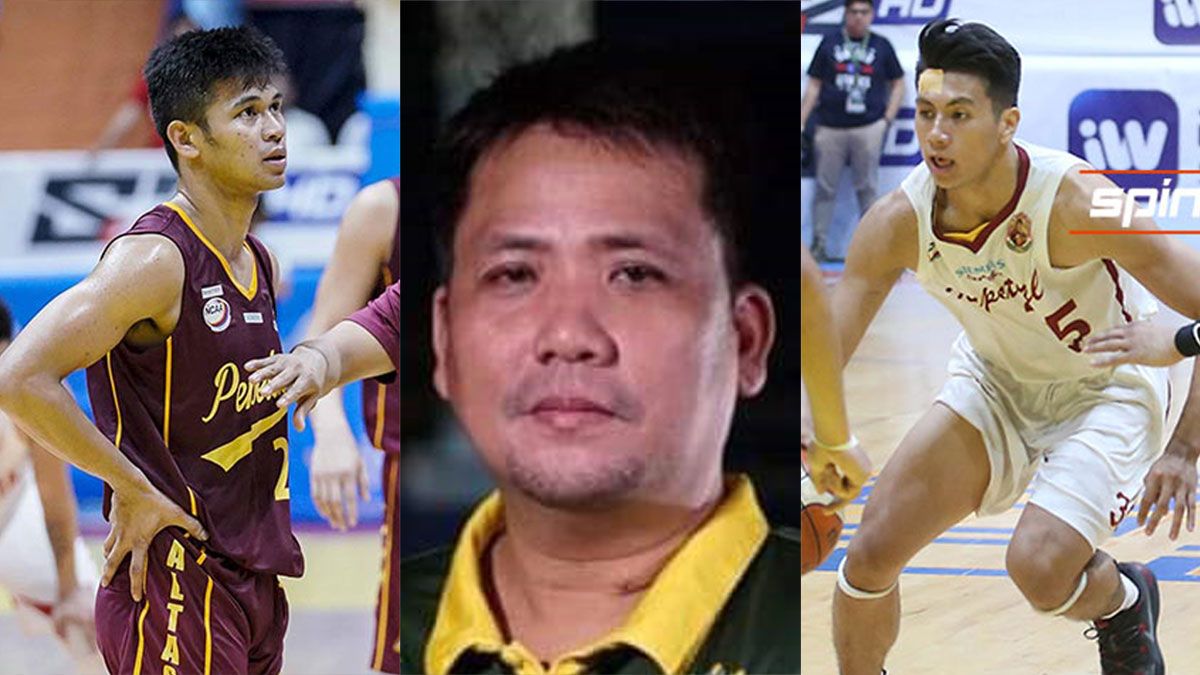 Jielo Razon, Kim Aurin, coach Myk Saguiguit and the rest of the Altas make the Final Four after finishing fifth in the eliminations.

For Razon, it’s not that hard working with Saguiguit – describing his mentor as a player’s coach. It’s not only Razon’s game which elevated under Saguiguit, the whole team has been following suit as well.

That was most evident in their crazy run to steal the fourth spot in the NCAA semis as they went through three knockout games starting with their win over Emilio Aguinaldo College last week, to their first play-in game against Arellano last Sunday, to now against the fancied Blazers.

Not even the absence of star forward Kim Aurin would stop Perpetual’s magical run as they ran through St. Benilde, all thanks to their balanced attack.

For the soft-spoken mentor, it’s all about the players.

Their reward for winning three knockout games in a row? A date with the unbeaten Letran Knights who topped the eliminations with a 9-0 record.

For Razon, he’s hopeful that all the experience they got from those three knockout games will give them a shot at the red-hot Knights.

That Letran match can wait though as Saguiguit wants to enjoy this accomplishment first with his players.