LETRAN shattered San Beda's dreams of completing a perfect season in the NCAA with a thrilling 65-64 Game One victory in the Season 95 Finals opener on Wednesday.

The Knights' gutsy win didn't just put a blemish on the Red Lions' erstwhile 18-0 record, but actually stopped the defending champions' 32-game win streak that dated back to the season prior.

But as awe-inspiring as the feat was, it wasn't the first time that Letran played the role of streak busters against their archrivals from Mendiola.

The Red Lions were almost in the same position in 1979, brimming with talent flanked by Chito Loyzaga, Jayvee Yango, and Chuck Barreiro and with the legendary Loreto "Bonnie" Carbonell calling the shots.

San Beda lived up to its billing as defending champion coming in as the favorite, going unbeaten in the first round in a seven-team field. After bagging the first-round pennant, history seemed to be within reach for the Red Lions.

The dominance continued in the second round as the Red Lions handily beat San Sebastian, Mapua, Trinity, and Jose Rizal University. La Salle had a chance to stop the rampage but fell just short, 88-87.

A championship seemed inevitable. During that time, the NCAA awarded the trophy if a team topped both rounds, and the Red Lions were just 40 minutes away from locking up back-to-back titles. 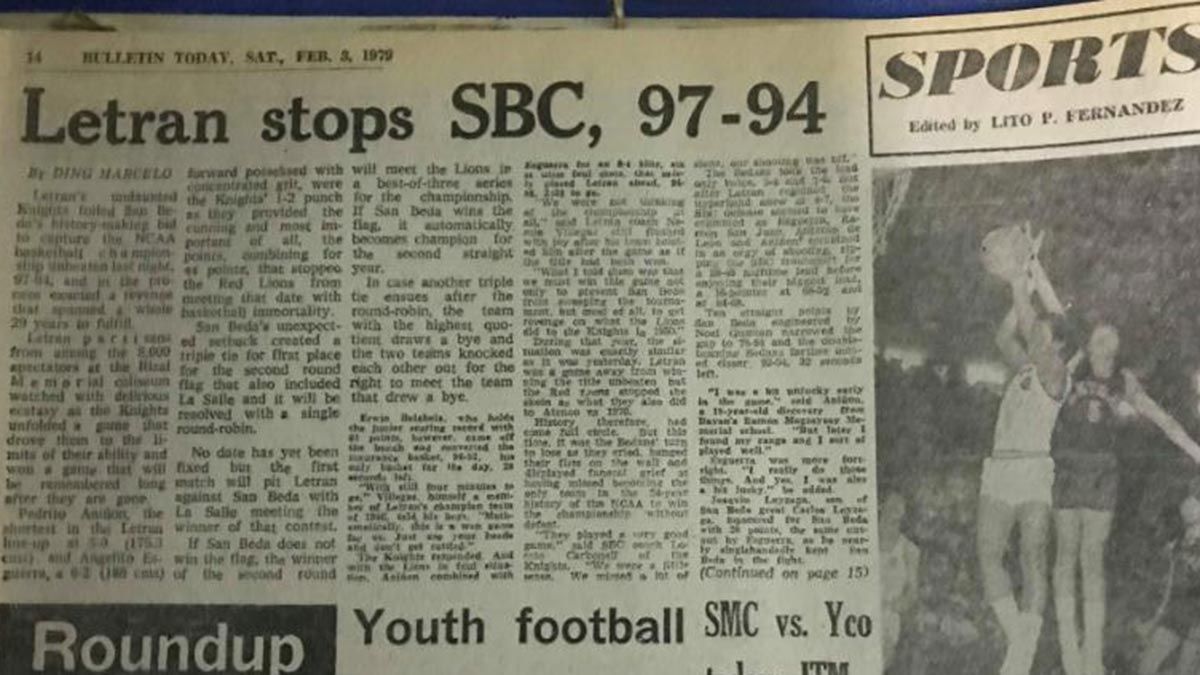 But on Feb. 2, 1979, with almost 8,000 fans expecting a San Beda coronation at Rizal Memorial Coliseum, Letran decided to play the role of a spoiler.

Buoyed by the unflappable Angelito "Itoy" Esguerra and the steady hand of Pedrito "Bong" Aninon, the Knights sent the Red Lions weeping, 97-94.

"What I told them was that we must win this game not only to prevent San Beda from sweeping the tournament, but most of all, to get revenge on what the Lions did to the Knights in 1950," coach Nemie Villegas told Ding Marcelo of Bulletin Today in a dispatch of that 1979 match.

Villegas was alluding to San Beda ending a Letran streak almost two decades earlier when Caloy Loyzaga, the legendary father of Chito, ruined a perfect run by the "Murder Inc." Letran squad, then led by the great Lauro Mumar in the 22nd season of the country's oldest college league.

Many cited that as the start of the storied rivalry. While the Red Lions foiled their perfect season, the Knights went on to claim the throne at the end of the year. 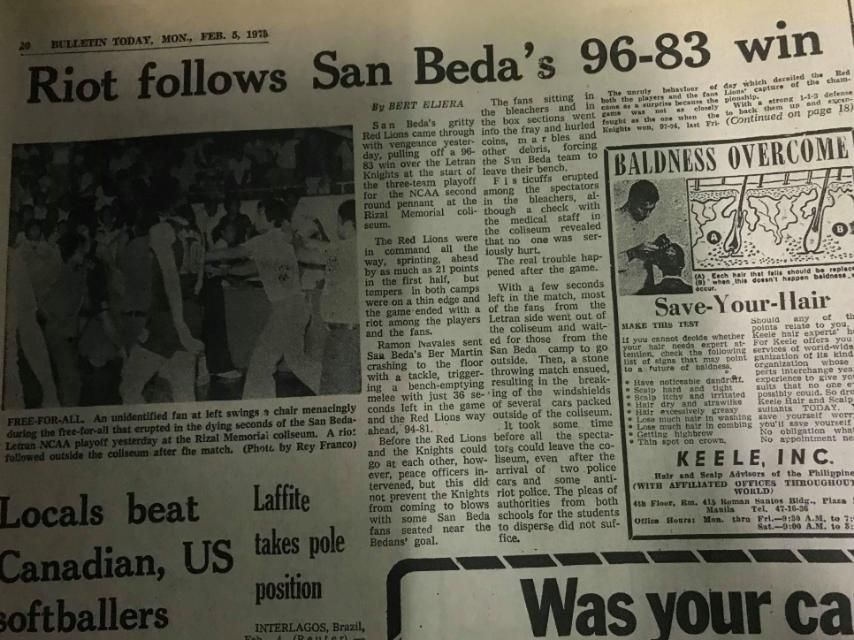 But in that 1979 duel, Esguerra was playing unconscious, posting 26 points.

Aninon combined his slick ballhandling with his on-point shooting, chipping in 16 points, as Letran also drew big games from Ramon San Juan, who got 15, and Antonio de Leon, who scored 12.

Loyzaga held the fort with his 28 points as San Beda fell to a three-way tie with Letran and La Salle for top spot in the second round with their identical 5-1 records. 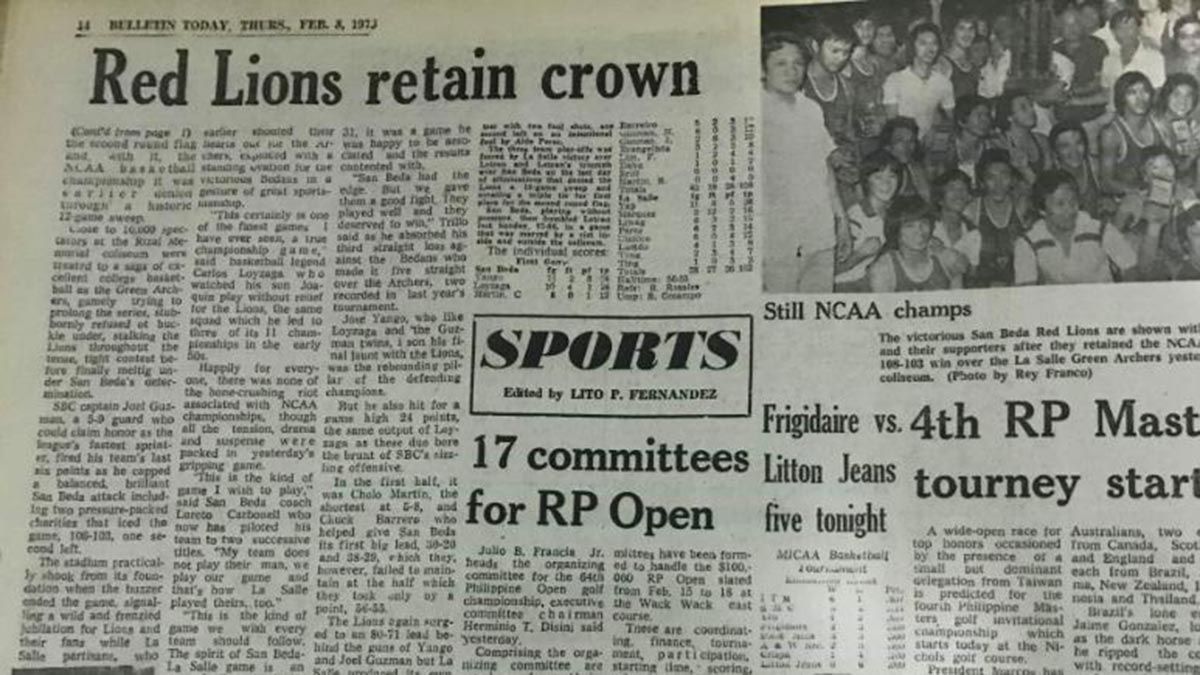 Unfortunately, the Knights could not replicate that feat in the playoff match two days after, with the Red Lions exacting vengeance in a riot-marred 96-83 playoff win.

Yango and Loyzaga then steered San Beda to a 108-103 victory over La Salle to snag the second round pennant and the championship, the school's 10th crown in seniors' basketball.

Letran did claim the NCAA championship the following year, with Knights banking on the might of San Juan, who went on to win MVP honors that season.