LETRAN preserved its immaculate record in the NCAA Season 97 seniors basketball tournament as it passed its toughest test yet, getting past San Sebastian, 73-69, on Tuesday at La Salle Greenhills.

Jeo Ambohot put up 11 points and six rebounds, including the game-icing freebie and offensive board with 6.7 seconds left that kept the Knights unbeaten through eight games.

Rhenz Abando also starred for the Knights with his 18 points, nine boards, two assists, one steal, and one block in the escape.

Mark Sangalang also stepped up with 12 points and eight rebounds, while Brent Paraiso scored seven of his 10 points in the fourth quarter, to go with three assists and two boards in the conquest. 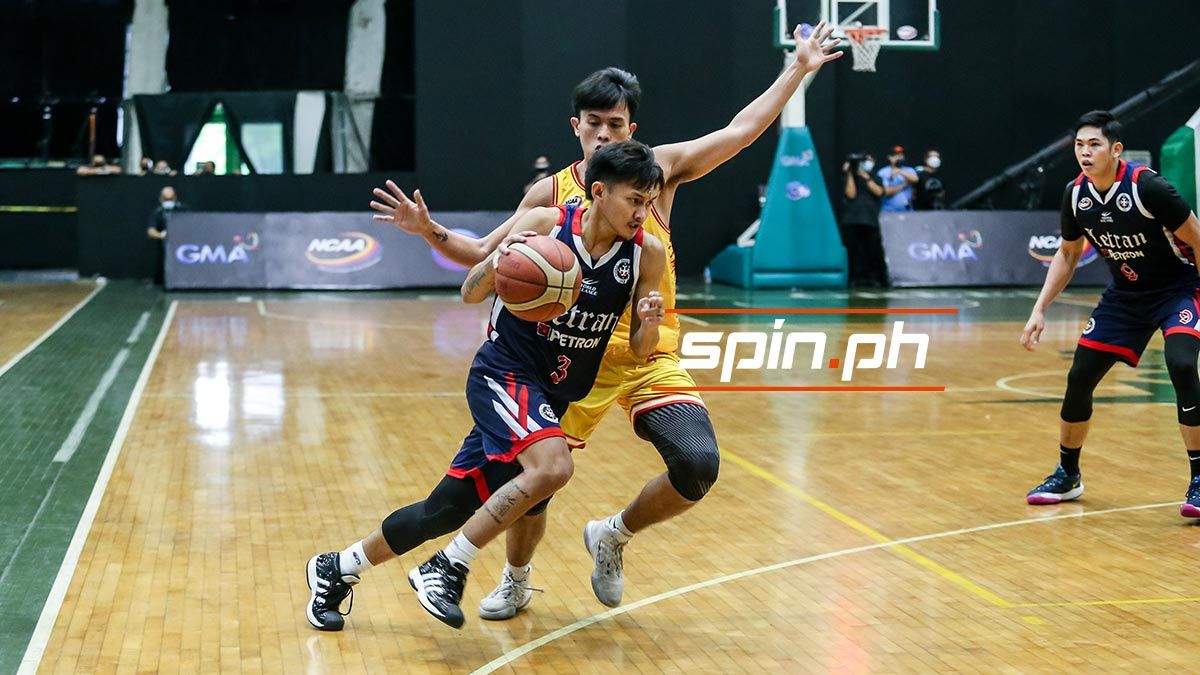 Fran Yu and the Knights tighten their grip on the top spot.

The win allowed Letran to keep its stranglehold of the top spot ahead of its last elimination assignment, a Finals rematch against San Beda on Friday.

The victory, however, came with its tense moments as the Knights lost grip of a 15-point lead, 63-48 with 8:05 remaining in the game as JM Calma led the late spurt as his trey with 9.3 seconds left cut the lead down to two, 72-70, before Ambohot's split from the line.

Unfortunately for San Sebastian, this defeat dealt a huge blow to its play-in hopes as it dropped to 3-6.

Calma led the Golden Stags with 22 points, 14 rebounds, and two blocks as their fate will now depend on Jose Rizal University upsetting Arellano on Wednesday to stay in contention.