The 6-foot guard's shot-clock-beating trey gave the Knights the breathing room they needed with 19.1 seconds left as they pulled off their fifth straight victory to go up to a 5-1 record.

"Bailout," admitted coach Bonnie Tan of the shot. "Though it's a bad game, I'm still happy with the win." 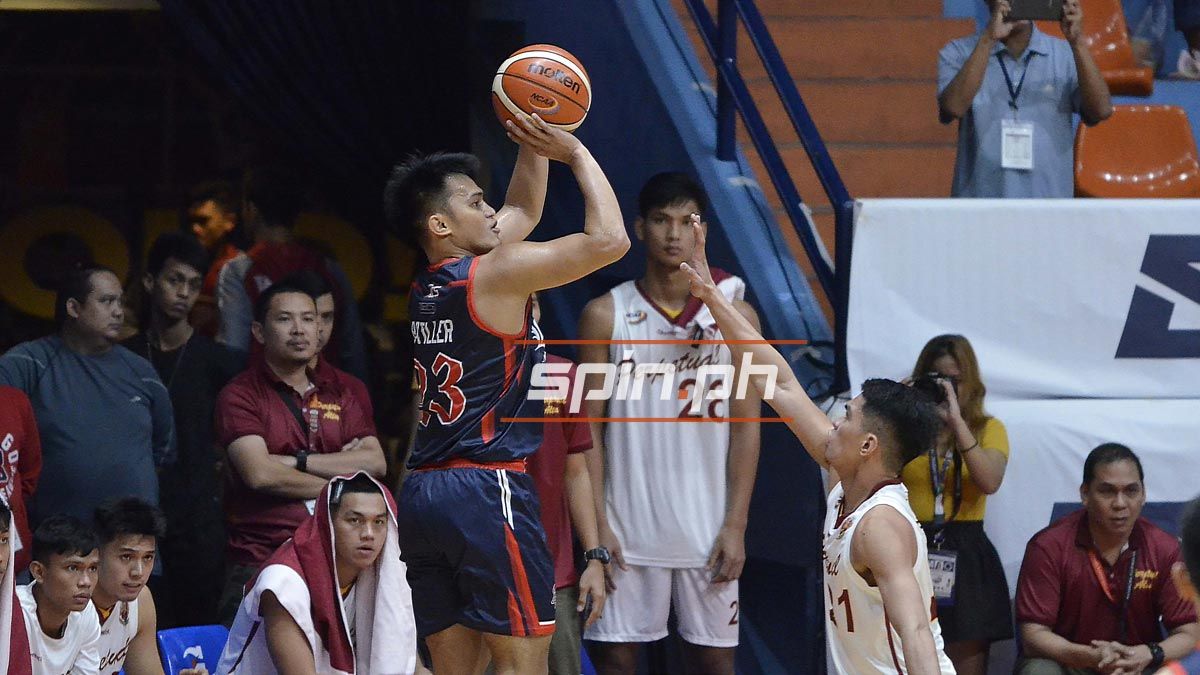 The win, however, was another ugly one for Letran as it lost hold of a nine-point lead, 82-73 with 3:21 remaining as Christian Bunag rallied Mapua back in the game, with his undergoal stab cutting the deficit down to just two, 86-84, with 33.9 ticks left.

Batiller's trey did rattle the Cardinals a bit, but Ato Ular delivered the coup de grace with his rejection of Bunag down low as the final buzzer sounded.

Still, the game showed Tan what the Knights still have to do as they lost the battle of the boards, 45 to 39.

Mapua suffered its fifth straight defeat to remain as the only winless team in the tourney.

Noah Lugo also chured out a solid game with 12 points, seven rebounds, and six assists in the loss.