LETRAN put an exclamation point to its dominant eliminations run in the NCAA Season 97 seniors basketball tournament with a hard-fought 59-56 win over archrival San Beda at the Filoil Flying V Centre in San Juan.

Rhenz Abando delivered the crucial freebies with 9.4 seconds left as the defending champions completed the nine-game sweep of the eliminations, cementing their hold on the top seed armed with a twice-to-beat edge. 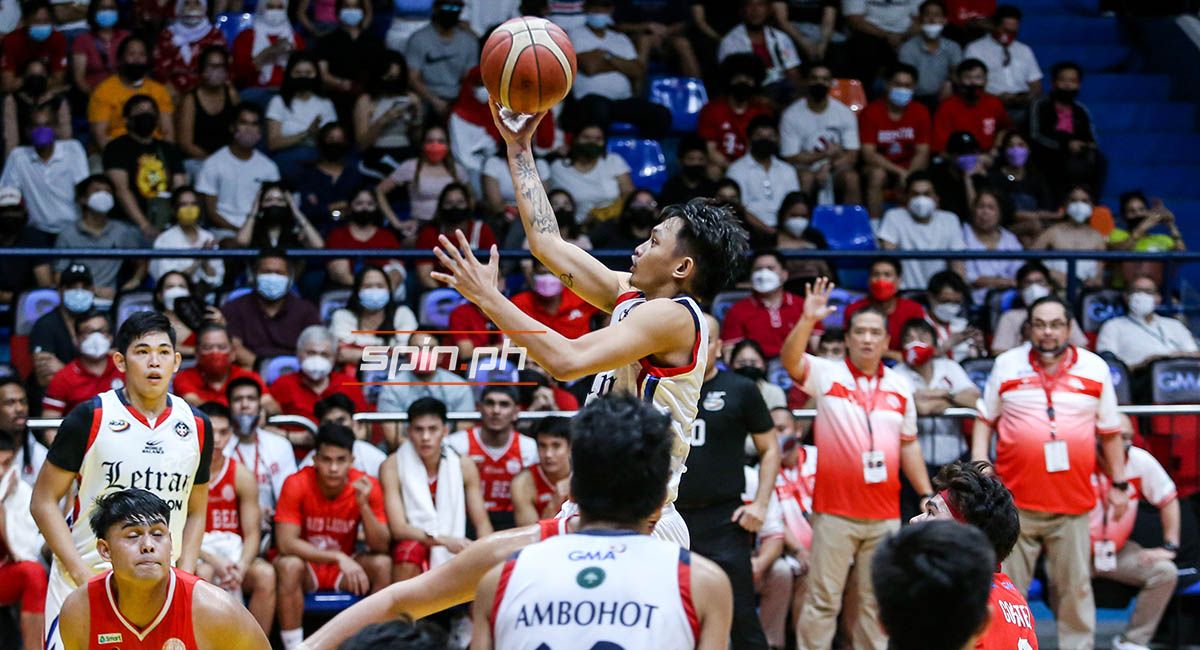 The Red Lions fell to 7-2 win-loss and were relegated to third seed. They will face No. 4 St. Benilde in the first phase of the play-in tournament on Sunday for the right to take on the third-seeded Red Lions.

It marked the first time since NCAA Season 81 in 2005, when San Beda missed the semis altogether, that the Mendiola crew will not finish in the top two.

Mapua also benefited from the result, securing the No. 2-seed as the Cardinals will have a twice-to-beat advantage in the Final Four.

Abando bounced back from his scoreless first half showing, while also getting solid contributions from Louie Sangalang who had 12 points, two boards, and two blocks.

Jeo Ambohot also made a solid defensive showing with 13 rebounds and four rejections to go with his seven points and three assists.

San Beda still had a chance to tie the game, but Peter Alfaro stepped on the line for his left corner shot, while Tony Ynot shot his right corner three short as time expired.

James Kwekuteye led the Red Lions with 14 points and seven rebounds in the loss.