MEMBERS of the Letran team that won an NCAA championship together two years ago have mostly gone their separate ways, but the bond remains as strong as ever.

The 2015 Letran team was backstopped by Mark Cruz and Kevin Racal, whose performance in that NCAA Season 91 campaign capped by the Knights' victory in the finals against powerhouse San Beda led to careers in the PBA.

Ayo perhaps made the biggest move of all, making the tough decision to leave his alma mater to coach La Salle, a team which at that time was fresh from missing the Final Four in the UAAP.

Despite the controversial move, Ayo remained very close to the entire 2015 Knights squad, some of whom are still playing for Letran this season.

Just last year, the 2015 Knights held a Christmas party, according to Ayo, and one of the things they did was watch Games One and Three of the NCAA Season 91 Finals.

And apparently, watching the finals series has become a habit for the group.

Ayo also recalled one conversation with one of his former players in Jom Sollano. 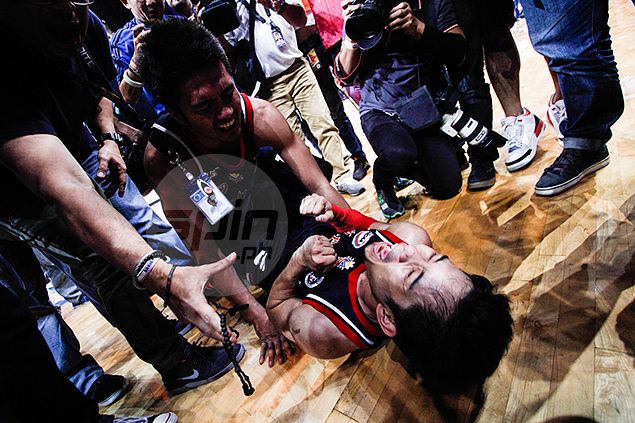 The journey from underdog to champion forged a special bond among members of the team, Ayo said.

On Friday, Ayo coached against his former team once again in the Filoil Flying V Preseason Premier Cup. Most of the players in the current Knights squad were either part of the 2015 title run or were his recruits.

Ayo may now be on the opposite side, but he still offers advice his former players with Letran from time to time even though he is no longer part of the Knights team.

One major advice? Play hard for their alma mater.

Even though he won a title for La Salle in the UAAP last season, Ayo said there is still a special place in his heart for that 2015 Letran squad.