Letran goes for clincher as Mapua tries to force decider

LETRAN looks to complete an unbeaten run to the title on Sunday in Game Two of the NCAA Season 97 seniors basketball Finals at Filoil Flying V Centre in San Juan.

The Knights, unbeaten through 11 games this season, are seeking to be the first team since San Beda in 2010 to finish the campaign undefeated. They won Game One last week, 68-63.

But standing on Letran's way is a driven Mapua squad which is ready to show that its overachieving ways this year is no fluke.

Things to know ahead of the 3 p.m. clash.

AILING ABANDO: Set to be named the MVP and Rookie of the Year, the 24-year-old Rhenz Abando is expected to play albeit in limited minutes due to a sprained ankle. Though coach Bonnie Tan is poised to parade the high-flying Pangasinense forward, it's still a mystery if he can be at full strength come gametime.

FITTING SWANSONG: Letran has not won back-to-back crowns since 1998 and 1999 and this crew has a chance to do just that. It's all the more motivation for the PBA-bound Knights like Jeo Ambohot, Christian Fajarito, and Allen Mina as they all aim to end their college careers on a high before they immediately join their professional teams. 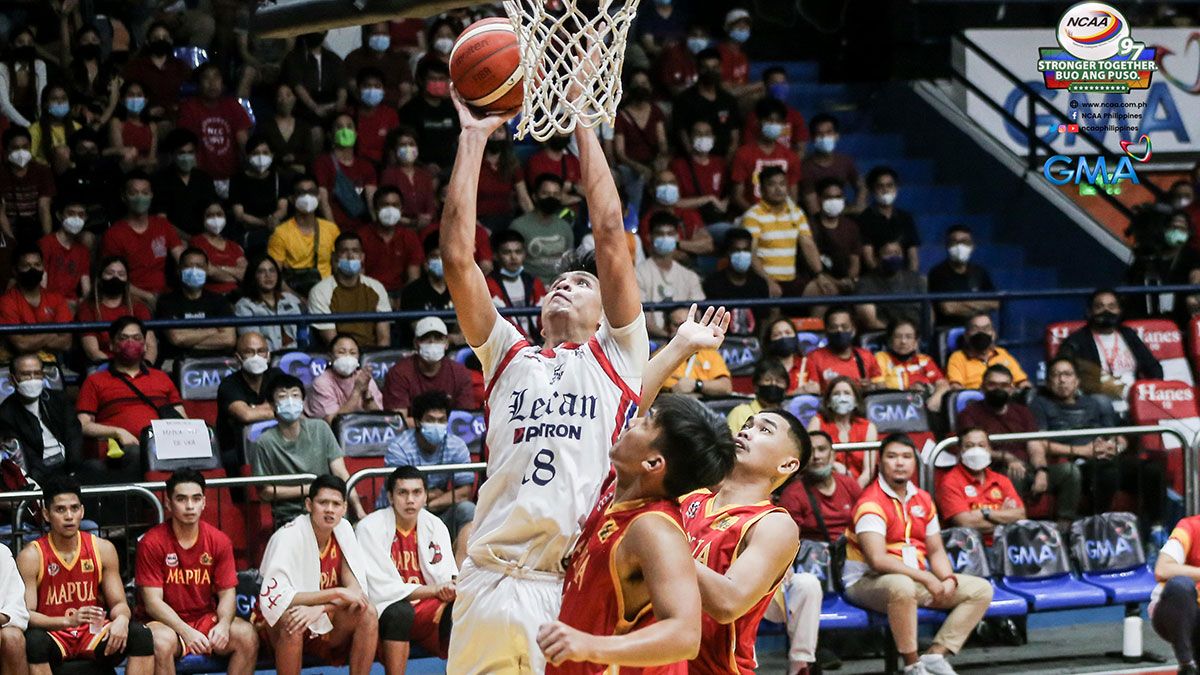 Jeo Ambohot and the Knights go for the sweep.

BOUNCE BACK BRIAN: Brian Lacap found himself caged in Game One, limited to just seven points and got much of the flak for his ill-advised three in the final minute that proved to be Mapua's last stand. He, though, had one week to get his mojos back and the Cardinals certainly need his firepower if they want to extend this series to a decider.

PAINT BATTLE: The team that controls the rebounds controls the game and Letran had the slight edge in the paint, hauling down 50 boards to Mapua's 41. Warren Bonifacio was exceptional for the Cardinals with his 14 rebounds in the game, but he will need more from his teammates to help him against the gang-rebounding Knights.

PLAYER TO WATCH: Jeo Ambohot missed out on the MVP trophy and will have to come out of the shadows as he tries to make another mark before his college career ends. Letran's starpower allowed the 6-foot-7 forward to coast in Game One where he only had six points and 13 rebounds,