Letran and San Beda collide at 3 p.m. in a battle for the top seed.

The Knights, the defending champions, have been so dominant all season long, cruising to an 8-0 record with an average winning margin of 14.25 points.

On the other hand, the Red Lions are determined to redeem themselves this season despite stumbling in one of their eight games.

Here are some this to know ahead of the NCAA's final eliminations playdate.

IMPOSING DOMINANCE: There's no doubt that Letran has been on a league of its own this year and the stats back it up. Coach Bonnie Tan's wards have been the standard for the NCAA, with the Knights leading the league in points per game (78.5 points), points allowed (64.25 points), rebounds (48.9 boards), and bench points (42.6 points). 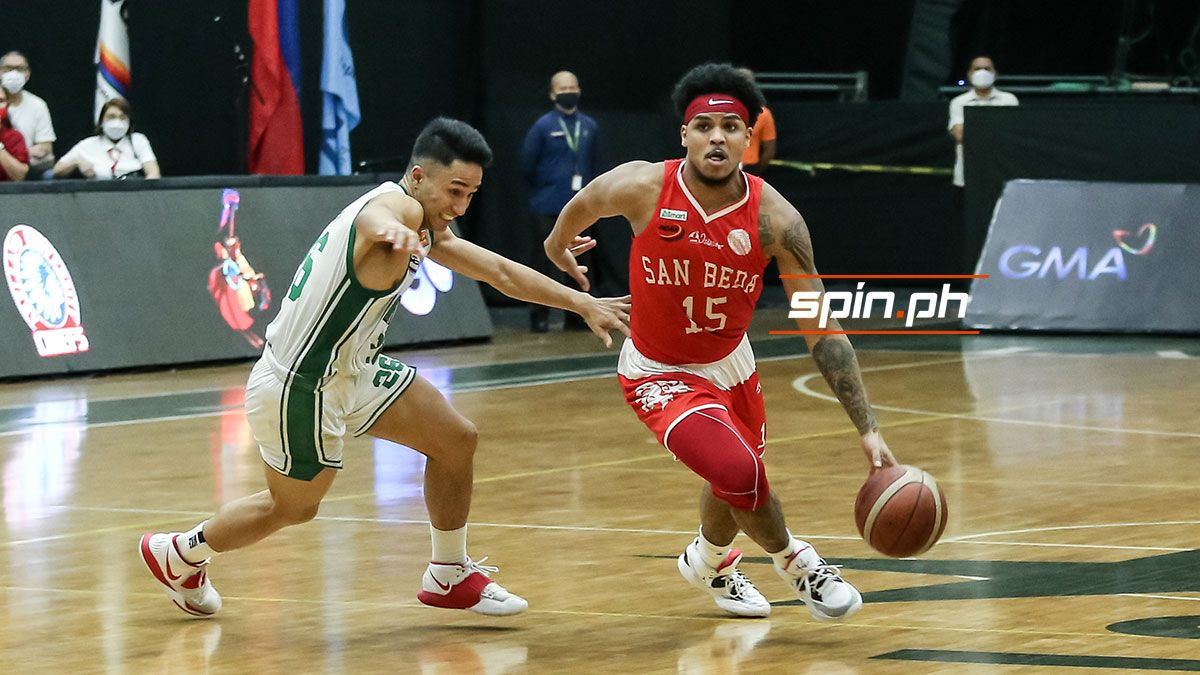 STREAK IN PERIL: San Beda has not finished outside of the top two since Season 82in 2006. The Red Lions will try to preserve that streak as they aim to grab the last twice-to-beat incentive heading into the Final Four.

PLAY-IN IMPLICATIONS: Closely watching the Letran-San Beda game is Mapua, which sits idle at third with its 7-2 record. A Knights win would mean that the Cardinals would move up to second place by virtue of their 68-54 victory last week. A Red Lions triumph, meanwhile, will see Mapua face St. Benilde for the No. 3-seed in the first phase of the play-in tournament.

LAST SEAT: Perpetual Help and Emilio Aguinaldo College, with identical 3-5 cards, are disputing the last seat in the play-in tournament in the curtain-raiser at 12 p.m. The Altas have not gotten past the eliminations since 2018, while a win for the Generals could mean history as they make their first berth outside of the eliminations.

PLAYER TO WATCH: Rhenz Abando has been impressive in his first season for Letran, averaging 15.8 points, 6.6 rebounds, 1.8 assists, 1.5 blocks, and 1.0 steals to take the lead for the Knights. He will be put in the spotlight in his first rivalry game against San Beda, all the more as he tries to help Letran sustain its dominance against its archrivals.