LETRAN may still be at fourth place with its 5-3 card, but those losses all came at the hands of contenders.

Slim defeats to Lyceum, San Beda, and San Sebastian raised questions on the legitimacy of the Knights' claim as one of the top contenders in this NCAA Season 95 seniors basketball tournament.

And even Larry Muyang knows it.

"Kailangan namin manalo sa mga ganoong teams," last season's Rookie of the Year said, with his career-high 32 points, along with 18 rebounds, two assists, and two blocks going down the drain after Letran's 102-101 overtime defeat to San Sebastian on Tuesday.

Adding to the Knights' plight has been their error-prone ways as they committed 28 turnovers in the loss to the Golden Stags.

"Ganun na naman kami," rued Muyang, as Letran once again failed in its quest to protect the bal

The Knights rank the worst in terms of turnovers committed per game, gobbling the ball up 20.1 miscues per outing. 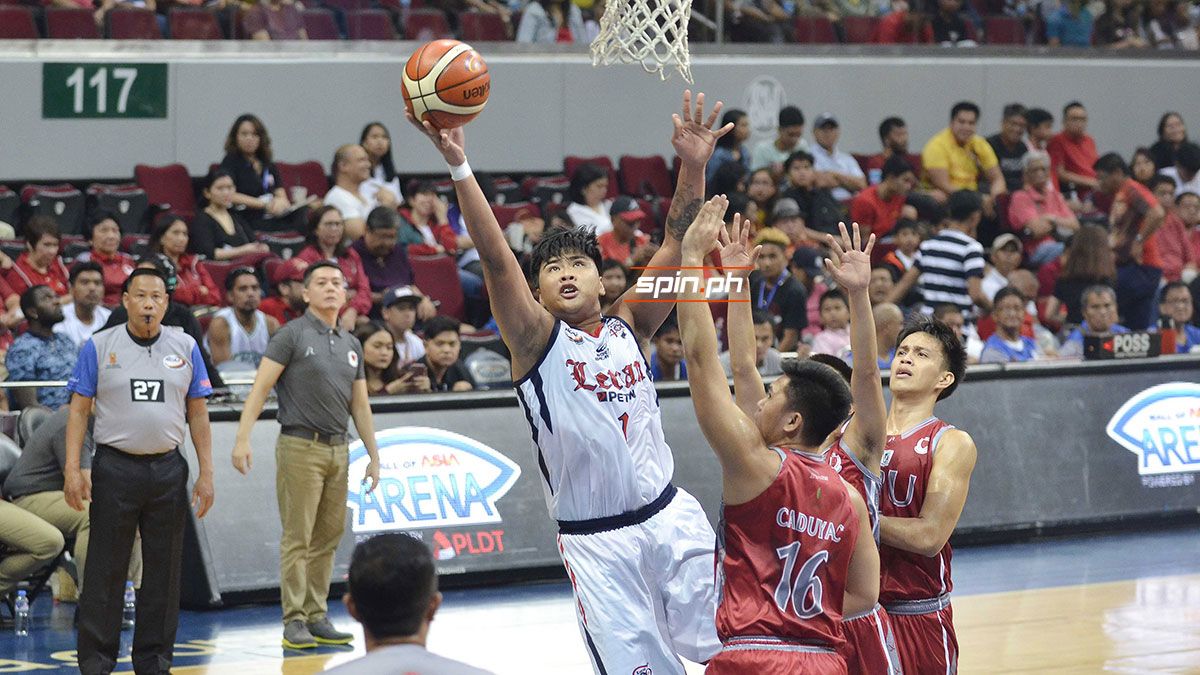 Moreover, three Letran players, namely Jerrick Balanza (3.4 turnovers, second-worst), Muyang (3.0 turnovers, 8th-worst), and Bonbon Batiller (2.9 turnovers, 10th-worst) are in the top 10 of the most wasteful players in the league.

That's why the goal hasn't changed for Letran: to lessen their turnovers.

And what better way for the Knights to do that on their final assignment in the first round against St. Benilde next Tuesday.