LEAD deputy Jeff Perlas is set to assume the head coaching position in Lyceum in the upcoming NCAA season.

Robinson is now interim head coach of Phoenix Super LPG in the PBA after the firing of Louie Alas, and will call the shots for the Fuel Masters in the 2020 PBA Philippine Cup inside the Clark bubble.

PBA and NCAA coaches are not allowed to hold positions of the same capacity in any other leagues, forcing Lyceum to make the shift. 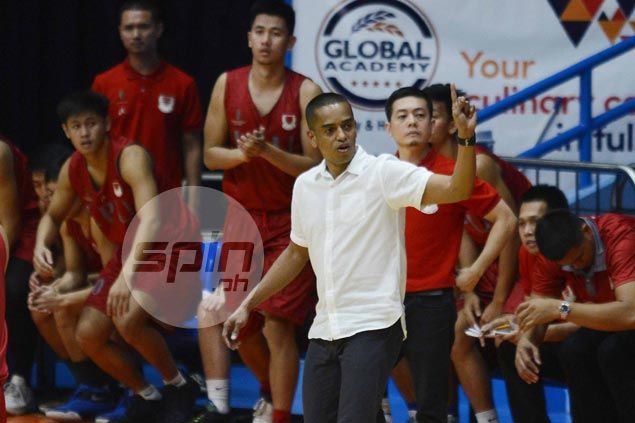 The 43-year-old Perlas said he is grateful for the trust as he now takes the lead in sustaining what Robinson built in Lyceum.

"I’m honored and at the same time I’m humbled for this opportunity. It’s every coach's dream to be in this position. I’m thankful and I’m ready for this," he said.

"It’s really challenging to fill in the shoes of coach Topex, but because of my familiarity with the system and on how we do things here, mas madali na for me and the other coaches to continue what we started here."

Perlas has been Lyceum first assistant coach for the Pirates for the past five years where they made two finals appearances.

The two also worked as skills coaches for Xavier School's elementary team since 2012.

Perlas also worked under coach Eric Altamirano at National University and was a part of the Bulldogs' UAAP Season 77 championship in 2014.

He inherits a Pirates squad that is welcoming rookies Mac Guadana, John Barba and John Bravo as they aim to better their third place finish in NCAA Season 95.

"It's the same love, serve, care mentality, but with more passion on the things that we're doing. I think we can compete against the top contenders in the NCAA, and no promises but we will be ready."

Robinson will remain an active voice for Lyceum as a team consultant while also fulfilling his duties as the head of basketball operations and the sports director for LPU.

"They adjusted my title. I still have three years as a coach and sports director, but they gave me the freedom to lead Phoenix and still be a part of LPU in a different capacity," he said.