STUNNED was the face of Jeff Napa when his Letran squad got the boot from Lyceum in last year's Final Four.

Already having to deal with a twice-to-beat disadvantage, the Knights just couldn't handle losing lead playmaker JP Calvo to a sprained ankle as the Pirates ran away with the 109-85 victory in their semifinals clash.

But a year later, Napa has his full belief that this Letran squad would be able to exorcise the demons of the past and get through Lyceum this time out, even without him and last season's leaders Calvo and Bong Quinto. 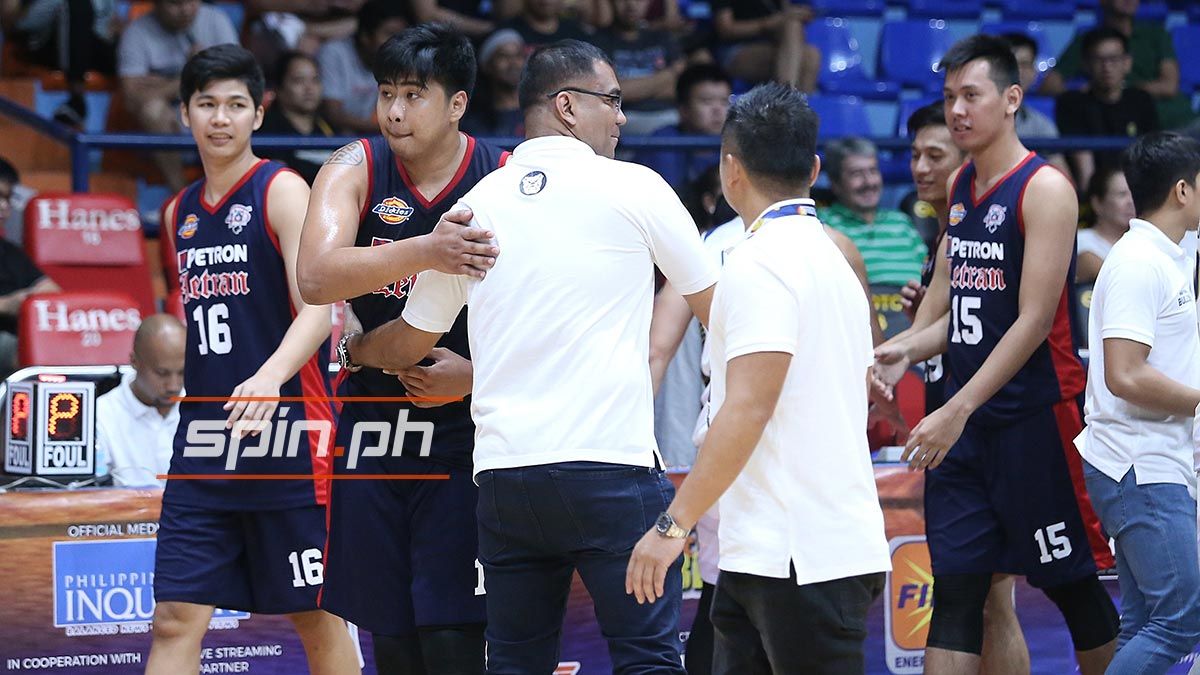 He might no longer be at the helm of the Knights, but Napa expressed his confidence on his successor Bonnie Tan and holdovers Jerrick Balanza and Larry Muyang that they can bring the squad back to the Finals for the first time since winning it all in 2015.

Those who definitely learned from the mistakes of the past were Bonbon Batiller and Fran Yu, who have taken initiative in stepping up and filling the big shoes left by Calvo at the point.

And it only brings a smile to Napa's face as he continues to see the attitude he has imparted to the players he's handled even though he's no longer with the Knights.

Letran and Lyceum clash in a knockout game on Friday at Cuneta Astrodome, with the winner setting up the Finals date against San Beda.