ALLYN Bulanadi wanted no complications in San Sebastian's march to the Final Four, so he made sure of it himself.

The 6-foot-2 guard was a man possessed on Friday, lighting up for 44 points as he carried the Golden Stags to a 99-94 win over Perpetual and a place in the NCAA Season 95 men's basketball playoffs. 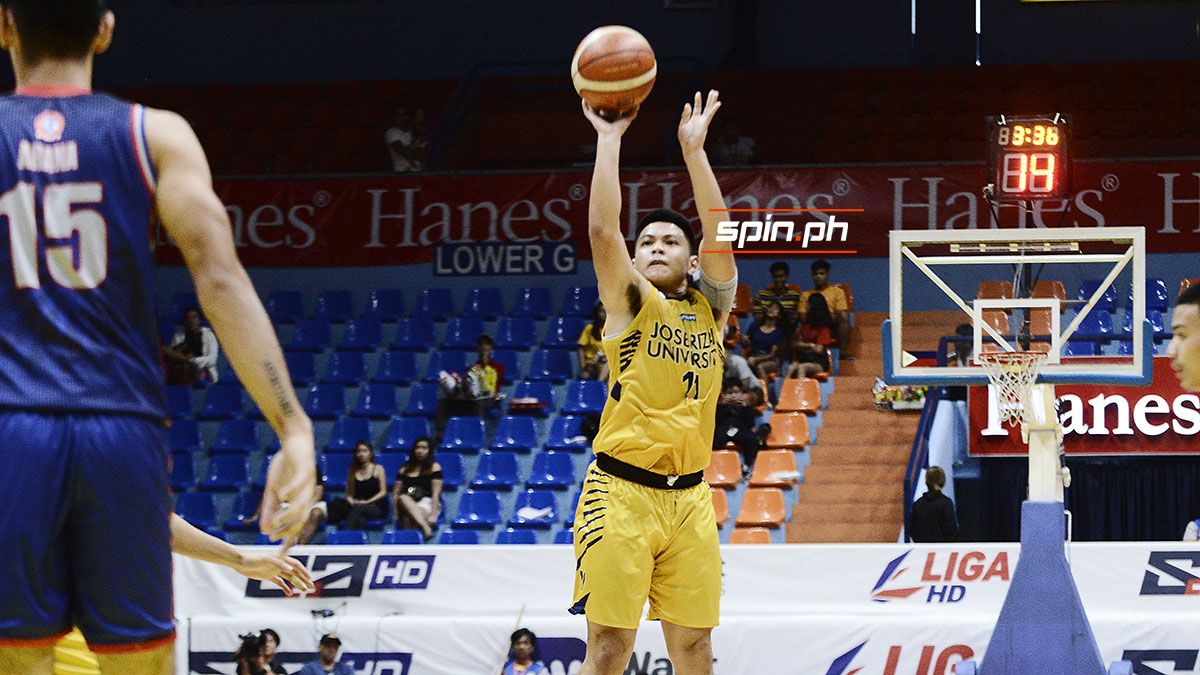 It was nothing less than a sensational performance for Bulanadi, who went 7-of-12 from downtown and 14-of-26 overall, on top of eight rebounds, four assists, and a steal.

For coach Egay Macaraya, the scoring explosion is enough proof of the maturity of the Davao native, who he believes will thrive wherever he goes.

"I told him many times na kaya talaga niyang maglaro, dumepensa, lahat ginagawa, rebound. He will be a big loss in case na grumaduate na siya, but I'm so happy for him."

But the job isn't done yet as awaiting fourth-seeded San Sebastian in the step-ladder semis is No. 3 seed Letran, which it will meet come November 5.

Bulanadi is ready for the Knights.